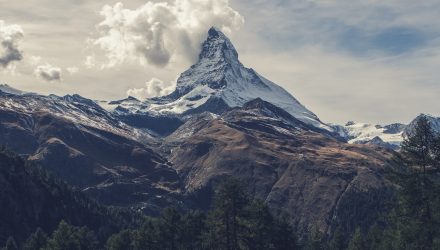 This Trend Could Cool The Small-Cap Rally

The iShares Russell 2000 ETF (NYSEArca: IWM), which tracks the benchmark Russell 2000 Index, is up more than 2% over the past week and a slew of small-cap exchange traded funds continue hitting all-time highs.

On Tuesday, over 20 small-cap ETFs, including IWM, hit record highs. A stronger dollar means large companies with an international footprint are more susceptible to lower overseas demand for their products. Meanwhile, smaller companies are able to capitalize on a stronger domestic economy.

Recently, betting against small-caps has been the wrong bet, but smaller stocks could cool off next month if the Russell 2000 Index (RUT) finishes May with a gain of 5% or more. The index is up about 4.6% this month.

“If the RUT finishes May with a gain of 5% or more, the index could cool off in June, if past is precedent,” reports Schaeffer’s Investment Research. “Looking at data since 2010, when the RUT ended the month higher by 5% or more, it went on to average a gain of just 0.19% the following month, according to data from Schaeffer’s Senior Quantitative Analyst Rocky White. For comparison, the small-cap barometer averaged a gain of 0.75% the month after locking in a gain of 0% to 5%, and soared nearly 2%, on average, following a monthly loss of up to 5%.”

A Cool Summer, But A Strong Year