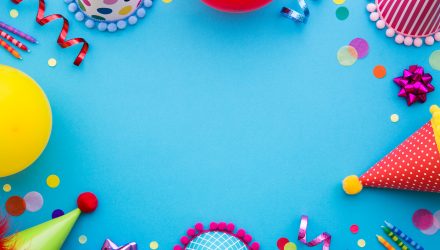 Small-Cap Party Could be Just Starting

There is no doubt about it: small-cap stocks and the related exchange traded funds are in rally mode. The iShares Russell 2000 ETF (NYSEArca: IWM), which tracks the benchmark Russell 2000 Index, is up about 4% this month.

The iShares Core S&P Small-Cap ETF (NYSEArca: IJR), which follows the S&P SmallCap 600 Index, is higher by the same amount. On Monday, IWM and IJR were among the nearly 30 small-cap ETFs that hit record highs. Some market observers believe the rally in small-caps is just getting started.

“B. Riley FBR’s Art Hogan predicted recently that trend will dominate in the coming months. He has a year-end price target of 1800 on the Russell 2000, a 16 percent surge from where the index began the year,” reports CNBC.

“Hogan believes small caps are better positioned to weather a strong dollar, and fallout from the Trump administration’s controversial trade policies. Plus, he noted the group benefits more directly from lower effective tax rates enacted last year than its larger peers,” according to CNBC.

The domestic focus of many small-caps also makes this asset category less vulnerable ahead of trade concerns between the United States and China as Beijing and Washington D.C. try to resolve a dispute that many warned could have deteriorated into an all out trade war.