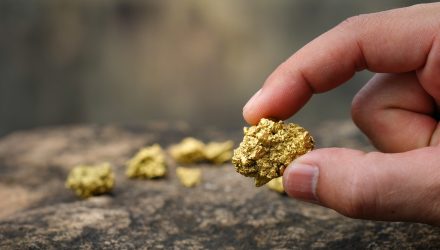 Up more than 16% year-to-date and recently home to some all-time highs, the Aberdeen Standard Physical Palladium Shares ETF (NYSEARCA: PALL) is easily one of 2018’s best-performing commodities exchange traded funds.

Some commodities market observers believe palladium can keep its shine in the new year. PALL seeks to reflect the performance of the price of physical palladium, less the Trust’s expenses. The fund is designed for investors who want a cost-effective and convenient way to invest in palladium with minimal credit risk.

“Shortages of palladium sent prices of the commodity used in autocatalysts to a record this year, at times surging past gold to become the most precious of major metals. Citigroup Inc. sees no supply relief soon. Users are borrowing the metal to meet their immediate needs, sending the one-month lease rate to an all-time high of 34.5 percent,” according to Bloomberg.

Supporting the recent price surge in the palladium market, traders grew wary of potential supply concerns out of Russia in response to President Donald Trump’s plans to pull out of a nuclear treaty with Moscow. Trump said Saturday that Washington will step away from an intermediate-range Nuclear Forces Treaty with Russia, claiming that Moscow has been violating the treaty.

Supply Concerns Are Good For PALL

Analysts expect that palladium supply, relative to demand for the white metal, will be in deficit through at least 2020.