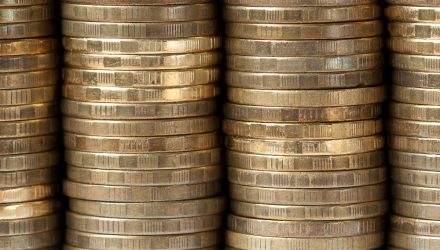 The forces of supply and demand continue to weigh in on copper prices, but strong wage growth could be the catalyst that helps push the Global X Copper Miners ETF (COPX) higher.

“U.S. job growth accelerated in June as companies, desperate to boost production and services amid booming demand, raised wages and offered incentives to draw millions of reluctant unemployed Americans back into the labor force,” a Reuters report said.

This is a positive sign for copper, as metals have the potential to rise as demand moves in tandem with wage growth.

“Wage growth tends to lead to strong demand for durable goods, a key sector for the metals markets,” said ANZ analysts in a note.

COPX seeks to provide investment results that correspond generally to the price and yield performance of the Solactive Global Copper Miners Total Return Index, which is designed to measure broad-based equity market performance of global companies involved in the copper mining industry. The fund is up over 20% so far this year.

China’s moves to curb inflation amid rising commodity prices pumped the brakes on copper’s 2021 rally. Per a Wall Street Journal article, copper prices fell to an eight-week low in mid-June.

“The biggest headwind is China talking about putting the brakes on inflation and stamping out the hoarding of metals and speculation,” said William Adams, head of base and battery metals research at Fastmarkets, a price reporting firm. “That obviously will be a meaningful factor in stamping out some of the more hot money that has flowed into the copper market.”

As such, copper market players will continue to keep an eye on China through the rest of the year. A Mining.com article noted that “satellite service SAVANT and broker Marex said in a joint statement on Friday that they were now monitoring nickel smelters, which showed weak refined nickel production, but a jump in nickel pig iron (NPI) activity.”

“In copper, the narrative remains one of a slow march towards normality with material divergences at a regional level,” said Guy Wolf, global head of analytics at Marex, which helped develop SAVANT. “The Chinese maintenance period appears to be taking place as scheduled this year but the very strong levels of NPI activity in China are striking.”