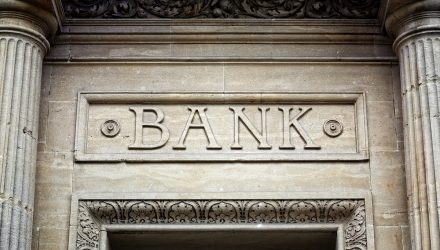 Where Banks Are Really Cheap Overseas – And An ETF To Capitalize

It is often said that U.S. banks are inexpensive compared to other sectors and that the group is full of value stocks, but European banks are, by some metrics, really cheap, too. The iShares MSCI Europe Financials ETF (NASDAQ: EUFN), which provides a targeted play on European financial companies, is home to some banks trading at depressed valuations.

Weighing on Europe’s financial sector, the plunging yields have dragged rates on some government bonds back into negative territory, there is rising concerns over a slowing economy and a money laundering scandal has driven compliance costs higher, the Wall Street Journal reports. EUFN has performed admirably this year, rising 12%, but with more volatility than equivalent U.S. bank ETFs.

“Citigroup strategists said in a note on Friday that cheap value stocks are trading at a similar relative price-to-book to the levels during the financial crisis,” reports Bloomberg. “Historically, it has proven to be a turning point, particularly for European banks. It’s the only sector trading below book value.”

EUFN has a price-to-book value of 0.93 and a price-to-earnings ratio of 11.74, according to issuer data.

Where The Cheap Banks Are

Some of Europe’s cheapest banks are found in the Nordic region.

“Nordic banks have been particularly battered this year, plagued by money-laundering allegations that may result in large fines. Investors have been warned that betting on the region’s lenders, particularly Swedbank is risky,” reports Bloomberg. “UBS analysts said on Friday that Nordic banks offer an attractive risk/reward. Their discount to the historical average prompted UBS to keep buy ratings on SEB, Nordea, Swedbank and Danske Bank, with 45 percent upside potential on average.”

Sweden, Norway, Finland and Denmark combine for about 10% of EUFN’s weight.