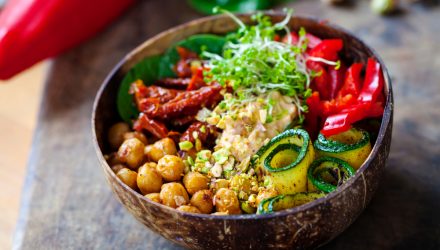 Vegan ETF Is a Pleasant Surprise in Rough Market Setting

There’s something to vegan-based investing as is being proved by the US Vegan Climate ETF (VEGN) this year.

VEGN Proves Its Worth

By excluding meat-centric companies, VEGN seeks to provide market-capitalization-weighted exposure to US companies that satisfy its rigorous ESG standards, limiting its largest holdings to 5% of the total portfolio.

“The source of the outperformance is primarily the overweight in technology and the absence of any companies in underperforming sectors such as meat and dairy production, stores, theme parks, hotels, restaurants and cruise lines (due to animal-derived products, the impact of their emissions and their contribution to habitat destruction),” notes Beyond Investing.

In addition to its sensitivity to the treatment of animals, VEGN has other impressive ESG credentials.

“In addition, VEGN has no oil stocks, no utilities which are large users of fossil fuels, nor banks which lend disproportionately to oil projects, because of the climate impact. However, an overall overweight to financials outside of the large fossil fuel lenders detracted from performance,” according to the issuer.

VEGN’s out-performance of the S&P 500 this year is even more impressive when considering some of the high-flying stocks the underlying index eschews.

“VEGAN does not contain many stocks in the chemicals and pharmaceuticals industries, because of animal testing. Nor does it own Amazon, because of their sales of meat products, or Netflix, because of their involvement in films using animals. Mining stocks are excluded for environmental and human rights reasons,” said Beyond Investing.