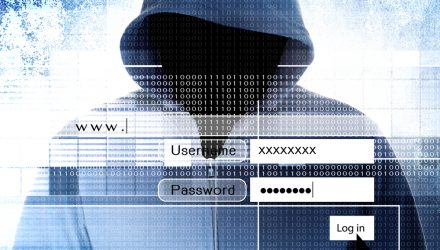 Threat of Cyber Attacks Spells Opportunity for This ETF

The world is on high alert for the threat of cyber attacks coming out of Russia, which means that taking the necessary precautions in cybersecurity should provide growth opportunities for investors.

Western sanctions against Russia following its invasion of Ukraine could mean retaliatory measures against these countries, including the United States. The Federal Bureau of Investigation (FBI) is already wary of suspicious network activity that could forecast a greater threat forthcoming.

U.S. President Joe Biden has already been taking steps to counter the threat of a cyber attack by signing the Strengthening American Cybersecurity Act of 2022 into law just recently. The law comes at a time when geopolitical tensions are high, increasing the risk of a cyber attack.

“As its name suggests, the Strengthening American Cybersecurity Act, passed by the U.S. Senate last week, aims to bolster the defenses of federal government agencies and critical infrastructure owners, such as energy and healthcare facilities, against major cyberthreats and cyber incidents, including ransomware attacks,” said Peter Guffin, chair of law firm Pierce Atwood’s privacy and data security practice. “The expectation is that the prompt reporting and subsequent sharing of such information will arm federal agencies and critical infrastructure owners with the information they need to be able to defend themselves against major cyberthreats and incidents.”

An ETF With Growth Potential

The prospect of more public and private organizations bolstering their cybersecurity measures is a major tailwind for growth. As such, one exchange traded fund (ETF) investors can consider is the Global X Cybersecurity ETF (BUG), which seeks to provide investment results that generally correspond to the Indxx Cybersecurity Index.