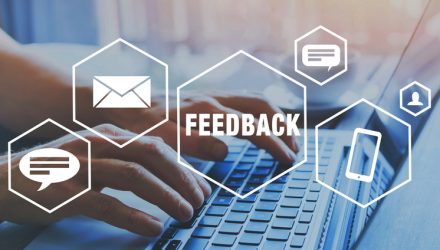 This Internet ETF Still Has Momentum

A technology and e-commerce-focused fund, the Kevin O’Leary-sponsored Global Internet Giants ETF (OGIG), is up more than 29% year-to-date, making it one of the best-performing funds in its category. More importantly, OGIG has a slew of favorable fundamental tailwinds that can continue boosting the fund going forward.

According to O’Shares, OGIG is a “rules-based ETF designed to provide investors with the means to invest in some of the largest global companies that derive most of their revenue from the Internet and e-commerce sectors that exhibit quality and growth potential.”

Some of OGIG’s top portfolio holdings include companies such as Alibaba, Amazon, Facebook, and Alphabet, each of which represents 6- to 6.5-percent of the overall portfolio. Also amongst the index’s 52 holdings are Chinese tech companies like YY, Baidu, 58, and JD. For long-term investors, OGIG’s exposure to ex-US e-commerce and Internet companies is relevant and important.

That international exposure is a critical difference-maker when evaluating OGIG against domestic Internet ETFs and a trait that explains OGIG’s out-performance of legacy funds in the category.

“Asia and Africa on the other hand, have populations exceeding 4 billion and 1 billion, respectively, accounting for over 70%of the world’s population but have much lower adoption rates,” according to O’Shares.

Of course, China is a major player in a global e-commerce market, but many traditional Internet ETFs do not feature China exposure. OGIG does.