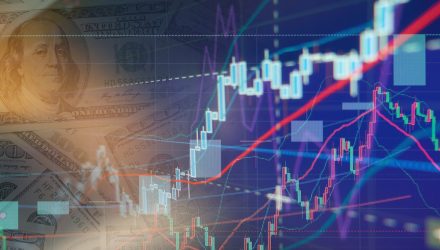 This Founder-Run ETF Is Outpacing the Major Indexes

If there’s something to be said about the outperformance of companies run by their founders, then the Global X Founder-Run Companies ETF (BOSS) is making a bold statement by beating out the three major indexes.

Thus far this year, BOSS is outdoing the Nasdaq Composite, S&P 500, and Dow Jones Industrial Average. The ETF is just ahead of the S&P 500, with a 21% gain for the year.

BOSS focuses on companies where the founder or co-founder serves as the CEO of the company. After all, who knows a company best than someone who was there from the very beginning?

BOSS seeks to provide investment results that generally correspond to the price and yield performance, before fees and expenses, of the Solactive U.S. Founder-Run Companies Index. As mentioned, the underlying index is designed to provide exposure to U.S. companies. A founder or co-founder of the company is serving as the Chief Executive Officer of the company (collectively, “Founder-Run Companies”), as determined by Solactive AG, the provider of the underlying index.

One other feature of the BOSS ETF is its lack of concentration in one specific stock. In fact, as of September 2, its largest holding only comprises 1.51% of the ETF’s holdings.

This non-concentrated strategy helps reduce risk, particularly when there’s a large drawdown in the broad market. Unlike an ETF with a portfolio that may have 30% of its holdings in three stocks, BOSS spreads the risk evenly like an equal-weighted strategy fund.

The meat of its holdings is comprised primarily of information technology at just 30% of the fund’s net assets. Next is financials at 14%, followed by healthcare at 13%.

As shown by its performance numbers, this strategy by no means minimizes its ability to capture any upside in the markets. Its outperformance against the three major indexes is proof of just that.