You are at:Home»Thematic Investing Channel»There Are Companies Are Driving This Hot Video Game ETF 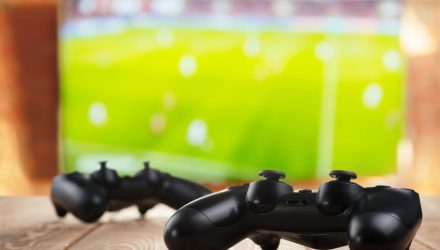 There Are Companies Are Driving This Hot Video Game ETF

The Global X Video Games & Esports ETF (NASDAQ: HERO) is up more than 28% this year and has amassed nearly $89 million in assets under management in just eight months on the market. While those are important points, investors should look into some of the driving forces behind this ETFs success.

As has been widely noted, HERO is levered to the stay-at-home theme forced by the COVID-19 pandemic and the fund has plenty of exposure to the looming hardware upgrade cycle coming later this year, but there’s more to the story, including some compelling holdings-level stories.

When it comes to video game ETFs like HERO, software is a significant driver. Just look at Activision Blizzard (ATVI), the company behind some of gaming’s most popular franchises.

“Activision Blizzard is one of the largest game developers and publishers in the world. The company boasts popular titles including first-person shooter Call of Duty and massively multiplayer online role-playing game World of Warcraft,” said Global X analyst Pedro Palandrani in a recent report.

As Palandrani notes, there are some other tailwinds propelling HERO holding Activision.

“Activision Blizzard has benefitted from the secular tailwind towards the digital delivery of video games. As of Q1, approximately 80% of the company’s total revenues came from digital channels, up from merely 30% 10 years ago,” according to the analyst.

HERO’s exposure to ex-US markets, including China, is pivotal as well. China, the world’s second-largest economy, is a gaming powerhouse in its own right, a theme benefiting HERO holdings such as Huya.

“Huya had a successful Q1 in its burgeoning mobile segment and in esports events. The company set a record for the number of mobile viewers, reaching 75 million monthly active users (s) who represented 80% of total paying users,” notes Palandrani.

HERO’s 17.30% weight to China is meaningful as there are over 600 million gamers in that country.