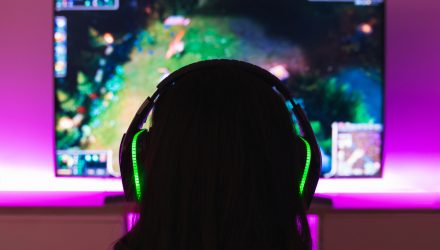 Video game ETFs, including the Global X Video Games & Esports ETF (NASDAQ: HERO), are among the stay at home plays getting a lift this year. Fortunately for investors, the utility of funds such as HERO isn’t limited to the coronavirus pandemic.

Vital to the HERO thesis is the fund’s exposure to the hardware (console) side of the gaming business, which is often overshadowed by game publishers (software).

“Sony’s PlayStation 2 remains the best selling game console of all time, two decades after its release,” according to LearnBonds research. “Data gathered by Learnbonds.com indicates that by March 2020 approximately 1.56 billion game consoles of different brands have been sold globally with PlayStation 2 accounting for 10.07%.”

A prime reason why HERO could prove durable beyond the coronavirus situation is a looming hardware upgrade cycle coming later this year.

“The fund has some semiconductor exposure and is heavy on software makers, such as Activision and EA. That’s relevant for HERO’s 2020 prospects because a console upgrade cycle is coming later this year with new versions of PlayStation and Xbox slated to come to market just before the holidays,” reports Nasdaq.

HERO has another feather in its cap: significant exposure to high-flying semiconductor name NVIDIA (NVDA) and that’s important given that company’s exposure to the booming cloud gaming market, which is expected to be a significant growth driver for the gaming industry in the years ahead.

“Cloud gaming has multiple benefits for gamers. It’s much cheaper since there’s no need to buy consoles or gaming PCs, and if the user’s smartphone or other connected device breaks or freezes temporarily while cloud gaming, the game can be picked up at the same exact spot later,” notes IHS Markit research. “The biggest benefit for cloud gamers, though, is that they can play any game they want, anywhere they go, and on any device they choose.”