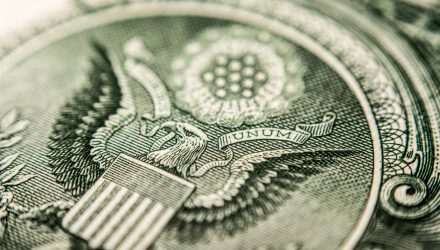 With gold rallying as of late, it’s been doing no favors to bullish greenback traders. The downward trend will only intensify according to Wells Fargo.

“The currency market has been very sensitive to this sort of thing while whereas the Treasury market just sits,” said Wells Fargo’s head of macro strategy Micahel Schumacher during an episode of CNBC’s “Trading Nation.” “The currency markets have been much more influenced, and we think that’ll remain the case for the next few weeks.”

“The dollar could conceivably get a little bit of a bounce,” Schumacher added. “But if you look for, let’s say, a trade for the next four to five months, we think it’s dollar weakness.”

Investors who want to go short on the dollar can look at the Invesco DB US Dollar Index Bearish Fund (UDN). UDN seeks to track the changes, whether positive or negative, in the level of the Deutsche Bank Short US Dollar Index Futures Index. The index reflects the changes in market value over time, whether positive or negative, of a short position in the DX Contract which expires during the months of March, June, September, and December.

Gold Price in US Dollars data by YCharts

Investors who want to take a contrarian view on a weakening U.S. dollar can look at greenback strength via the Invesco DB US Dollar Bullish (NYSEArca: UUP) or the WisdomTree Bloomberg U.S. Dollar Bullish Fund (NYSEArca: USDU). UUP tracks the price movement of the U.S. dollar against a basket of currencies, including the euro, Japanese yen, British pound, Canadian dollar, Swedish krona, and Swiss franc.