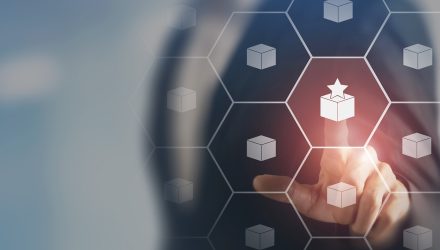 The Rise of Niche Products

“If you think about the world we live in as an issuer whereby we have a top two top three firms monopolizing core beta, realistically, when you are thinking about iterating for costumers, it’s not going to be that space. You have to think outside of that,” Rhind said, speaking to the importance of niche products.

With traditional bonds and equities doing poorly, there’s a need for alternative diversification strategies. Kim says that though niche products are small in asset percentage, they are getting an outsized portion of attention.

Hyman noted that niche strategies fulfill investor needs, such as ProShares Bitcoin Strategy ETF (BITO) which become the first bitcoin product in the U.S. and a useful tool for investors who wanted exposure to bitcoin but couldn’t get access to a spot product because none exists. “This year, many people wake up in the morning and they don’t think the market is going to be tepid.  They think it’s either a great buying or selling opportunity”

Speaking to Simplify Interest Rate Hedge ETF (PFIX), Kim said “you need interesting solutions to interesting problems.” He believes he found a way to hedge interest rate risk and provide accessibility to a tactic that is traditionally out of reach for most investors. “The idea was you buy this and it will hedge out interest rate risk in a very efficient, low-cost way.”

Rhind observed that people have lost a lot of money on traditional 60/40 portfolios, changing the focus of investors. “It’s our job to try and offer a solution to people that they may not have thought of six months ago.”

Leveraged products have gotten more love than inverse products, according to Greifeld. Hyman noted that tax-loss harvesting could be a reason to use a tool such as the ProShares UltraPro QQQ (TQQQ).

Niche ETFs have to contend with higher costs, due to their increased complexity. Though core asset ETFs are inexpensive, Rhind thinks many of those strategies aren’t working, which makes investors willing to pay more for innovative strategies. He noted that “although the annual expense ratio might look like a lot if people are only holding it for a few days the cost is negligible.” Kim concurred, noting that many trading tools aren’t expensive in the context of how they are used.

“This is all about democratization”, Hyman added.  These ETFs have made a wider variety of solutions more accessible to investors.

Regulation about complex products has hung over the ETF space for months. “A lot of this is just noise, to be honest,” Rhind said. “To me, it’s all about what the customer thinks.” Whether or not something counts as an ETF or not, or whether it’s a 40-act fund or a 33-act fund doesn’t typically matter to the average investor.

Kim noted that the SEC tends to move from merit-based to disclosure-based requirements. He says disclosures and education are good, and safeguards are important, but people getting access is important.

“The democratization and availability of these tools to investors is important to all of us,” Hyman reiterated.