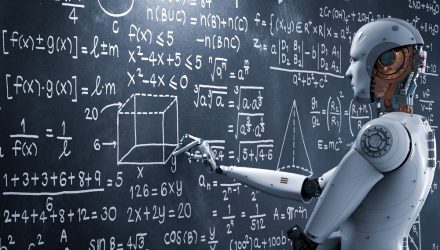 Robots have been able to supplant humans to help stem the tide of coronavirus infections and artificial intelligence has been able to interpret data related to Covid-19 at alarming speed. While this might seemingly pose a threat to jobs, the disruption could actually help create new jobs, according to a Venture Beat article.

“Contrary to some beliefs, I see robots as creating vast amounts of new jobs in the future,” said Slamcore co-founder and CEO Owen Nicholson. “Just like 50 years ago a website designer, vlogger, or database architect were not things, over the next 50 years we will see many new types of job emerge.”

One example where employment opportunities could open up is via robot pilots. While robotic technology is advancing, humans still play an integral role in their optimal operation.

“Ubiquitous, truly autonomous robots are still a long way from reality, so with semi-autonomous capabilities with humans in the loop, we can achieve much better performance overall and generate a brand-new job sector,” he added.

The article mentioned that robots also have the ability to “generate a significant amount of performance data, which is automatically compiled into reports that need to be interpreted, assessed, and analyzed to improve operation and fleet performance. While much of this work could be incorporated into existing roles, such tasks may eventually require dedicated employees, leading to the creation of new jobs.”

“Managers can view the routes being cleaned, take a look at quantitative metrics such as run time and task frequency, and receive notifications around diagnostics and relevant software updates,” Brain Corp executive Michel Spruijt told VentureBeat. “An understanding of these reports and how to successfully interpret and apply this data will be imperative in order to improve store operations using automated technologies.”

Exchange-traded fund investors can take advantage of the proliferation in robots and AI via the Global X Robotics & Artificial Intelligence Thematic ETF (NasdaqGM: BOTZ). BOTZ seeks to invest in companies that potentially stand to benefit from increased adoption and utilization of robotics and artificial intelligence (AI), including those involved with industrial robotics and automation, non-industrial robots, and autonomous vehicles.