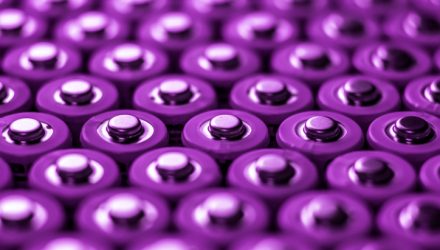 Thanks in large part to its exposure to Tesla (NasdaqGS: TSLA), the Global X Lithium & Battery Tech ETF (NYSEArca: LIT) has been having a nice 2020, but that ante was upped in a big way on Tuesday when the lithium ETF surged 8.61% on volume that was nearly 10 times the daily average.

While Tesla is merely LIT’s third-largest holding, Elon Musk’s company command’s 11.70% of the fund’s weight, making LIT one of the largest ETF holders of Tesla on a percentage basis.

With the popularity of electric vehicles spurring demand for automobile offerings from carmakers like Tesla, the lithium industry has taken a new turn. More uses will be found for lithium as the move to energy dependence from fossil fuels continues to increase demand for efficiency. However, there’s much more to the lithium story than electric vehicles.

“Top producer Albemarle gained 11% on unusually high trading volume, pushing the market value of the company to $9.5 billion in New York. Chilean giant SQM added 9.8% affording the company a market cap of $8.3 billion,” according to Mining.com.

Moves in those two stocks are huge for LIT because they are LIT’s top two holdings, combining for nearly a third of the fund’s weight.