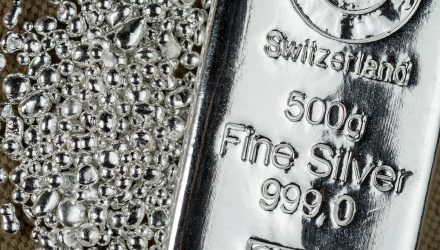 Silver Market May See A Boost If China Pulls Back

At the last high in 2011, traders and investors were convinced that the metal would go ballistic, breaking all prior records, and never would see lower prices again.

“The metals are getting a lot of attention right now,” said Terry Hanlon, president of Dillon Gage Metals, a precious metals trading firm based in Dallas, back in 2011 on CNN. “We’ll run right through $50 per ounce for silver any day now, and two months from now, we won’t even remember it as a benchmark.”

Like many investors, Hanlon believed that silver was the poor man’s gold, and was a bargain at such lower prices. He expected silver to hit $75 an ounce and beyond. But of course to date that has not happened.

“This is a huge safety play,” Hanlon said in 2011. “Investors can’t sit on their cash anymore because the value of the dollar keeps deteriorating. To offset that, they’re parking money in precious metals.”

So why is it that silver has been so shunned by investors, and what would it take to shake it out of a rut?

Will Rhind, CEO of Graniteshare, when asked what his thoughts were on what it would take to improve the metals sector performance, said on Kitco, “I think the two things for me is that if inflation expectations are starting to come back, that’s obviously one side of it. The other side is more or positive GDP growth, underlying stronger consumer buying in metals, and that’s also positive for demand.”

Well, with last Friday’s positive GDP number, perhaps we will start to see silver shine.  Rhind explained that a strong headline GDP release like last Friday’s may bode well for silver demand. Rhind explained one reason that silver has not performed well is due to China’s lower than expected demand. But with GDP numbers showing strength in the U.S. economy, this trend may reverse itself.

“Part of the reason why silver hadn’t really been doing much is that we expected China to ease and that would be positive for the silver market in terms of stimulating demand, but of course that has slightly changed a little bit with China [focusing]more on reforms rather than outright easing,” Rhind told Kitco News this week.

The iShares Silver Trust (SLV), Aberdeen Standard Physical Silver Shares ETF (SIVR), and Proshares Ultra Silver (AGQ), offer investors looking to take part in an upside move in silver the chance to get on board.