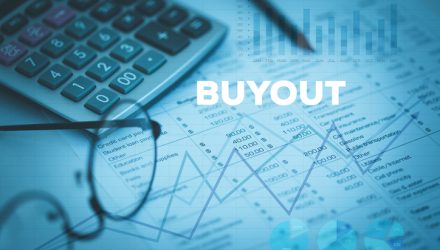 IAI includes exposure to investment banks, brokerages and stock exchanges that may have more to gain from trading activities.

Some industry observers speculated that consolidation would be the order of the day after Schwab last month eliminated commissions on all equity and ETFs trades, prompting rivals, such as TD Ameritrade to follow suit.

“The major brokers have dropped stock- and ETF-trading fees to zero. And low interest rates have hurt results because the brokers depend on earning interest from their clients’ deposits,” reports Avi Salzman for Barron’s.

Is There More Rationalization

“Merging gives the companies more scale, so they can earn fees from a higher asset base. Barron’s pointed out in a recent cover story that Schwab could be a winner in the shakeout. It added 142,000 clients last month after eliminating commissions, a 31% jump from the previous month,” according to Barron’s.

The two stocks combine for over 9% of IAI’s roster.