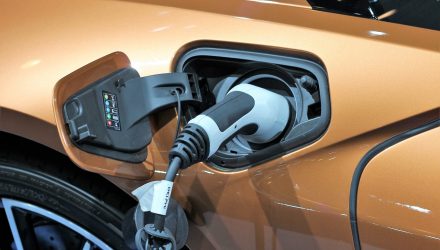 The Global X Autonomous & Electric Vehicles ETF (NasdaqGM: DRIV) is up nearly 15% and some fundamental factors could indicate more upside is available in the fast-growing electric vehicle space.

DRIV debuted just over a year ago and tracks the Solactive Autonomous & Electric Vehicles Index. Component companies include firms “involved in the development of autonomous vehicle software and hardware, as well as companies that produce EVs, EV components such as lithium batteries, and critical EV materials such as lithium and cobalt,” according to Global X.

As the world’s largest automotive market and one that is trying to damp pollution, China is a major player in the electric vehicle arena.

“China is phasing out some of its electric vehicle incentives by the end of the year, but reportedly implementing other policies to continue to support the electrification of its transportation system,” according to Global X research. “Some Tier 1 cities with traffic problems have imposed license plate limits for Internal Combustion Engine (ICE) vehicles, but exempted EVs from those limits.”

As China, the world’s second-largest economy, looks to reduce its massive pollution footprint, it is becoming one of the top electric vehicle markets. DRIV provides exposure to that theme.

“For example, in Beijing, the chances of getting an ICE license plate are 1 in 2,031; yet for EVs, the waiting list is first come, first served,” said Global X. “To support EV sales, China’s National Development and Reform Commission (NDRC) said in a statement that it is ordering local governments to remove existing license plate restrictions that apply to new energy vehicles. Lifting that restriction is expected to boost EV sales considerably for the world’s leading EV market.”

DRIV has $15.44 million in assets under management and holds 77 stocks.