You are at:Home»Thematic Investing Channel»Power Up Your Portfolio with the CHIE ETF’s Energy Exposure 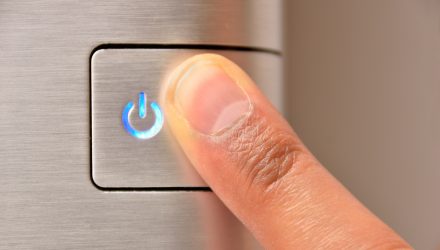 Power Up Your Portfolio with the CHIE ETF’s Energy Exposure

When you have a population of roughly 1.4 billion, you need viable energy sources, and lots of them. ETF investors looking to diversify their portfolios can power up their holdings with a China energy play through the Global X MSCI China Energy ETF (CHIE).

The underlying index tracks the performance of companies in the MSCI China Investable Market Index (the “parent index”) that are classified in the energy sector, as defined by the index provider. CHIE is a possible value play that investors can use as the fund dips below its 50-day moving average.

Investors who are already allocated to China can also use CHIE to supplement their investments.

It’s safe to say that China won’t be switching to 100% reliance on renewable energy sources anytime soon. The second largest economy does have a goal for carbon neutrality, but that won’t be for another 40 years or so.

“China’s total primary energy consumption is expected to peak around 2035, at 5.6 billion tonnes of standard coal equivalent, under Beijing’s recently announced carbon-neutral goal, China National Petroleum Corp’s (CNPC) research arm said on Thursday,” a Reuters report explained. “China, the world’s largest energy consumer and biggest emitter of climate warming greenhouse gases, has vowed to bring its total carbon emissions to a peak before 2030 and to be carbon neutral by 2060.”

“In its annual long-term energy outlook, the research arm of state energy firm CNPC also forecast China’s oil demand to be capped at 730 million tonnes by around 2025,” the report added.