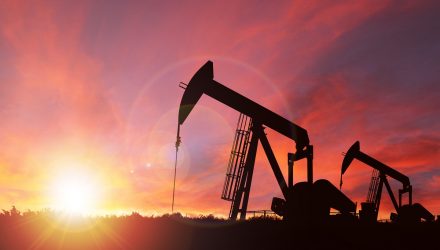 Oil prices rocketed on Tuesday following rumors that ongoing talks between OPEC and its allies, known as OPEC+, are on the table. Crude pressed higher regardless of a possible increase in production from Saudi Arabia and Russia, currently locked in a price battle.

WTI Crude futures surged 10.38%, or $3.23, to settle at $34.36 per barrel in the regular trading session, after steep declines on Monday, which saw WTI and Brent drop 24% for their worst drop since 1991. Both contracts then closed at a more than 4-year low.

In a rare historical event, futures markets were locked limit down in overnight trading on Sunday, as investors panicked over the coronavirus and oil crashed.

On Saturday, Saudi Arabia cut official crude selling prices for April, radically reversing its stance from previous attempts to support the oil market as the coronavirus destroys global demand. The decision for the cut arose after OPEC talks deteriorated on Friday, encouraging confident strategists to predict oil prices tanking to $20 per barrel this year. Unfortunately, they were not far off, as crude hit just over $27 a barrel in overnight trading.

The sell-off in crude started last week when OPEC was unable to strike a deal with its allies, led by Russia, about oil production cuts. That then caused Saudi Arabia to cut its oil prices as it supposedly looks to increase production.

As prices sank on Monday, the U.S. Department of Energy said the Trump administration was following the situation.

“These attempts by state actors to manipulate and shock oil markets reinforce the importance of the role of the United States as a reliable energy supplier to partners and allies around the world,” the statement said. “The United States, as the world’s largest producer of oil and gas, can and will withstand this volatility. The growth of the unconventional oil and gas industry.”