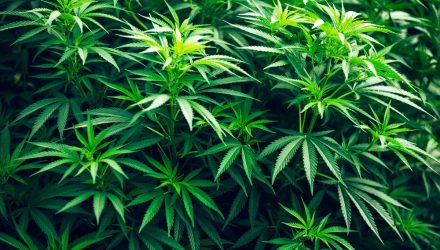 As of Thursday, March 7th, Tilray is MJ’s fifth-largest holding with a weight of 6.50%, according to issuer data.

“We appreciate it is well placed in medical but future value here will be driven by IP for which (there is) little visibility near term,” Jefferies analyst Owen Bennett wrote in a note. “Its share structure also raises risk of increased volatility.”

For much of this year, MJ has been soaring on the back of a slew of favorable fundamental factors. In the U.S., MJ is getting a lift from speculation that more states will legalize marijuana for either recreational or medicinal use and that Congress and the White House could soften their stances on the drug being illegal at the federal level. California, Colorado, Nevada and Washington are among the states with thriving legal cannabis industries.

Tilray’s “share of Canada’s medical market, for example, is not in the top 4 and recent consumer feedback is not inspiring, while the company’s approach to the newly legal recreational market ‘does not appear as well thought through,’” according to Bennett, the Jefferies analyst.