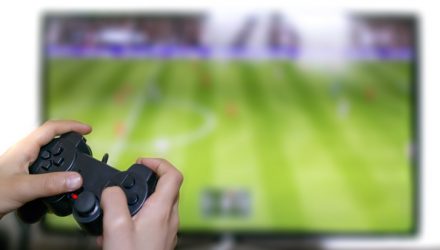 Live-Streaming Could be a Real Lift For Video Game ETFs

Investors considering ETFs focusing on video games and esports, including the Global X Video Games & Esports ETF (NASDAQ: HERO), should evaluate the impact of live-streaming, a crucial pillar of the future of gaming.

Fortunately for investors looking into live-streaming, data support the notion that this venue is experiencing exponential growth.

“The amount of hours people spend watching video games on live-streaming sites continues to grow. In January, that number reached 499 million over Twitch, YouTube Gaming, Facebook Gaming, and Mixer,” reports VentureBeat. “That’s up 17% from 342 million during January 2019, according to industry-tracking groups Arsenal and StreamElements.”

HERO’s underlying index features 38 stocks from nine countries. The bulk of the new ETF’s top 10 holdings are video game publishers, but the fund has exposure to hardware makers and semiconductor manufacturers, among other industries, as well. The allocations to software names could be a significant catalyst for HERO as 2020 moves along.

“In January, all of the live-streaming platforms grew year-over-year in January. Mixer, however, is growing slowly. Facebook Gaming, meanwhile, is up 340%,” according to VentureBeat.

As is the case in the broader gaming and esports arenas, including the ETF business, competition is increasing on the live-streaming front.

“But even as everyone in this market is up year-over-year, the competition is getting hot. As more people spend more time watching live gaming content, the platform services are making moves to win them over,” notes VentureBeat.