You are at:Home»Thematic Investing Channel»For The Lithium ETF, Oversupply Fears May be Overblown 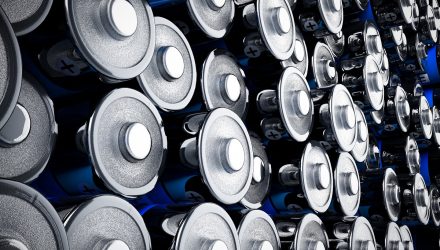 For The Lithium ETF, Oversupply Fears May be Overblown

The Global X Lithium & Battery Tech ETF (NYSEArca: LIT), an exchange traded fund dedicated to companies in the lithium supply cycle, is lower by nearly 13% this month and concerns about oversupply of lithium could be one of the reasons LIT is flailing.

However, some experts believe fears of lithium market oversupply are being blown out of proportion.

“The possibility of an oversupply of lithium chemical is a myth, the president of California-based Global Lithium, Joe Lowry, said this week,” reports Valentina Ruiz for Mining.com. “Addressing the audience at the conference Paydirt 2019 Latin America Downunder, Lowry blamed the spread of such a ‘myth’ on ‘big bank’ analysts and the Chilean regulator CORFO. In Lowry’s view, there have been misunderstandings regarding CORFO’s reports related to its revised agreements allowing Albemarle and SQM to produce more material from the Atacama brine resource.”

“Overall, the industry faces a lack of financing and needs to inject more than $12 billion within five years to have a chance of meeting demand,” Lowry said, reports Mining.com. “This requirement is exacerbated further by known and emerging failures in lithium start-ups which have demonstrated a lack of necessary skillsets – high profile failures that have discouraged sector investment.”