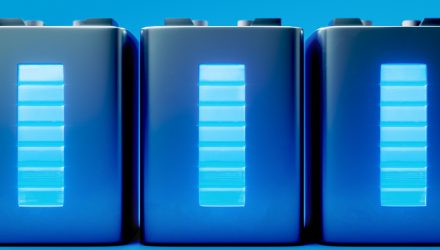 The Global X Lithium & Battery Tech ETF (NYSEArca: LIT) is up almost 8% this year, a performance that while solid, could also be indicating that investors are not fully appreciating the stout fundamentals underpinning the global lithium market.

What’s Next for Lithium?

An important driver of lithium demand in the years ahead is the expectation that full electric and plug-in vehicles will continue stealing market share from hybrid rivals.

“Full electric and plug-in hybrid vehicles are also taking market share from traditional hybrid vehicles, meaning that a greater share of kWh deployed this year was in the form of Li-ion cells, as opposed to NiMH cells, which contain no lithium, according to Adamas,” reports Mining.com.

“China’s automakers association predicts sales of electric cars in China will reach a record 1.6 million units this year – up from 1.2 million in 2018 – representing around half of global sales,” according to Mining.com. “Bloomberg reports there are now 486 EV manufacturers registered in China – more than three times the number two years ago.”