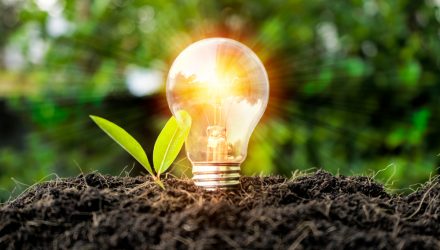 With the first U.S. shale producer to file for Chapter 11 following the plunge in crude oil prices, credit risk in the energy sector may continue to drag down junk bond ETFs.

“We believe this financial demise was due to a combination of difficult macro conditions combined with sub-par operations for several quarters,” SunTrust Robinson Humphrey analyst Neal Dingmann told Reuters.

Meanwhile, U.S. production hit a record 13 million barrels of oil per day, but producers anticipate a quick cutback in output.

“The oil patch is falling apart. … This is the other bomb that’s dropping,” CNBC’s Jim Cramer said. “I think they’re the first of many.”

The oil market’s continued weakness has been partially due to Saudi’s increased production to more than 12 million barrels per day as the Kingdom floods the market despite an unprecedented decline in demand to push out competitors and increase market share. The move came after talks between OPEC and its allies broke down in early March.

In the meantime, the depressed oil markets could spell trouble for the U.S. energy industry that relies on higher prices to turn a profit.

Cramer warned the U.S. “can’t afford oil to go down to $5, $10” per barrel. Doing so would be “completely destructive for our companies”. He added that almost every company other than Chevron is not ready for such low prices. “You do not want a big raft of bankruptcies,” he said.