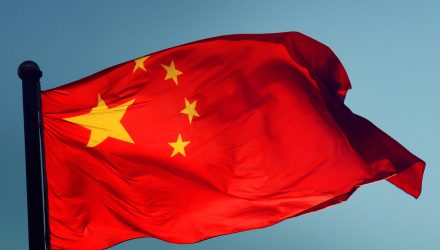 How to Invest in China for A Performing ETF

The Chinese consumer is an investment that has tempted investors for years. Using the Global X MSCI China Consumer Discretionary ETF (CHIQ) as the gauge, it appears consumers in the world’s second-largest economy are increasingly healthy.

CHIQ is higher by nearly 23% year-to-date. The exchange traded fund, which tracks the MSCI China Consumer Discretionary 10/50 Index, is beating the largest US-focused consumer discretionary ETF by a margin of almost 2-to-1.

China has been looking to increase internal consumption to reduce the economy’s sensitivity to exports and those efforts appear to be paying dividends.

“The mercantilist economic policies of yesteryear may still vex some in Washington,” according to CME Group. “But the facts on the ground are that domestic consumption, not exports, is by far the biggest determinant of Chinese growth (78 percent of GDP). A $13 trillion economy means that Chinese consumers matter just as much to the rest of the world as they do to authorities in Beijing.”

CHIQ turns 10 years old later this year and has $146.48 million in assets under management. The ETF holds 49 stocks from nine industry groups.

CHIQ’s underlying index “incorporates all eligible securities as per MSCI’s Global Investable Market Index Methodology, including China A, B and H shares, Red chips, P chips and foreign listings, among others,” according to Global X.

While some data points indicate the Chinese economy and consumer spending are slowing, policymakers remain proactive.

“Chinese authorities have not been sitting idly by as growth and consumption have swooned. In October, the threshold for monthly taxable income was raised to 5,000 yuan,” according to CME. “Monetary policy has also been loosened. The People’s Bank of China (PBOC) issued new lending quotas for policy banks in November, and in January, a two-stage cut in the RRR (required reserve ratio) released 800 billion yuan of liquidity.”