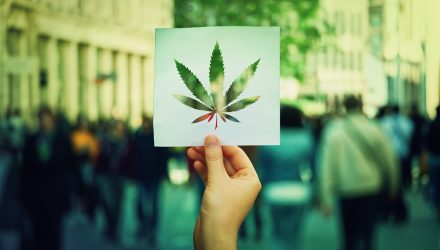 If Legalization Happens, U.S. Marijuana ETFs Could be Huge

The legal cannabis market in the U.S. is still in its formative stages. Roughly a quarter of the 50 states and Washington, D.C. have legalized marijuana for recreational purposes and almost half have legalized it for medicinal use.

Some states are benefiting from legal recreational cannabis.

The Barclays analysts “looked at the three states where cannabis is legal — Colorado, Washington and Nevada — and found that tax revenues from pot are already ahead of alcohol tax revenues and, in the case of Colorado, already exceeding tobacco tax revenues,” according to CNBC.

Down the road, there could be opportunities for investors in cannabis-related bonds.

According to CNBC: “While no bonds backed by cannabis tax revenues have been placed thus far, if federal approval is granted, the cannabis muni bond market will likely flourish, amounting to billions if not tens of billions of dollars, in our view,” Barclays said.