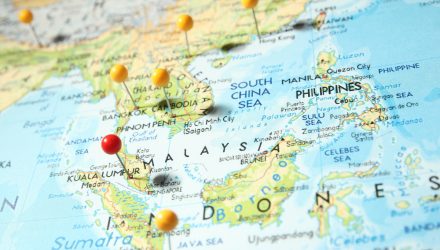 Like most emerging market (EM) countries, the region of Southeast Asia has fallen under the downward pressure of global inflation fears and a rising dollar. Rate hikes by the U.S. Federal Reserve may dent the economy’s armor, but it should stay resilient, according to an article in The Diplomat.

“We have seen stocks plummet. We have seen cryptocurrencies collapse. We are seeing mortgage rates rise. And we are seeing capital outflows in emerging markets, with many currencies losing value against the dollar,” James Guild wrote.

“The good news is we have known these rate hikes in the U.S. were coming and policymakers around the world, especially central bankers, have had plenty of time to prepare,” Guild wrote further.

EM countries are typically tied to the performance of the local currency, and while the dollar has been rising against these currencies, central banks were already forecasting this move by the Fed. As such, monetary policy measures were probably already in place to counteract rising rates.

“Many central banks in the region have taken steps to prepare by stockpiling foreign exchange reserves precisely so they can back-stop the currency during periods of volatility like this,” Guild wrote. “The Bank of Thailand, for instance, closed out 2021 with $224.8 billion in foreign currency reserves on hand. Other countries, like Indonesia, have seen commodity exports skyrocket, which is helping to bolster the current account and stabilize the currency in the short-term.”

“In the meantime, we are almost certainly going to see interest rate hikes around the region, as central banks look to keep capital in or attract new capital flows by offering higher yields,” Guild added. “This won’t be a problem in and of itself.”

Get Exposure to Southeast Asia

If the worst of the equities selling pressure is over, investors looking to get EM exposure in Southeast Asia can look at the Global X FTSE Southeast Asia ETF (ASEA).

ASEA seeks to provide investment results that correspond generally to the price and yield performance of the FTSE/ASEAN 40 Index. The underlying index tracks the equity performance of the 40 largest and most liquid companies in the Association of Southeast Asian Nations (ASEAN) regions: Singapore, Malaysia, Indonesia, Thailand, and the Philippines.

The rise in commodities, as mentioned by the Reuters report, is focused on Indonesia and Malaysia. ASEA effectively gives exposure to this pair of countries as a way to play the inflation in commodities.