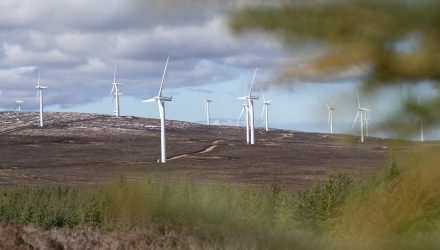 Renewable energy stocks and sector-related ETFs may stand to benefit the most from the Green New Deal, a proposal to end U.S. fossil fuel consumption within a decade, but companies in the sector are loath to openly support it.

Clean energy stocks have been rallying this year as talks of a Green New Deal, an aggressive proposal backed by several Democratic presidential candidates to end the U.S.’s reliance on fossil fuels, started to gain steam. However, renewable energy firms have not been quick to endorse it, Reuters reports.

Many clean energy companies argued that the new proposal is unrealistic and too politically charged for an industry that wants to continue to do business in red and blue states.

“If you just broadly endorse the Green New Deal, you are liable to upset one side of the aisle or the other. And that’s not constructive,” Tom Werner, the CEO of SunPower Corp, one of the nation’s biggest solar power companies, told Reuters. “The idea that you could go 100 percent (clean energy) in 10 years would require a lot of things happening perfectly, simultaneously. You’d have to have bipartisan support, 52-state support.”

Alexandria Ocasio-Cortez, a Democrat Congresswoman from New York, along with Democrat Senator Edward Markey of Massachusetts, first introduced the Green New Deal last month. It has since renewed debate in Washington about how actively the government should act to address climate change.

The Congressional resolution would push the federal government to make investments to achieve net-zero greenhouse gas emissions in a decade by meeting 100% of America’s power demand with clean, renewable sources, including solar, wind, hydroelectric or geothermal energy, a big boon for the green energy industry.

The proposal also backed massive investments in green infrastructure projects, such as “smart grids” to improve efficiency, along with a guarantee of millions of high-wage jobs with paid vacations, medical leave and retirement security.

At least eight Democratic presidential hopefuls, including senators Bernie Sanders of Vermont, Elizabeth Warren of Massachusetts and Amy Klobuchar of Minnesota, have endorsed the plan.

On the other hand, Republicans have widely criticized the Green New Deal, arguing it would cost trillions of dollars of taxpayer money, may be technically unfeasible and panders to socialism.

“We love the enthusiasm the Green New Deal has brought to the climate issue … but we need to operate in political reality,” Dan Whitten, vice president of public affairs at the Solar Energy Industries Association, the solar industry’s main lobby group, told Reuters.