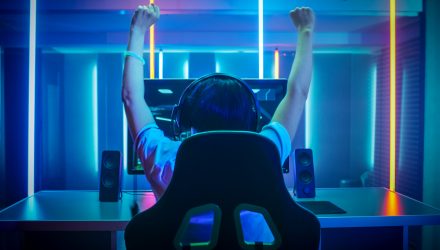 With many Americans still under shelter-in-place restrictions, and open backlashes in states like California and Michigan, where people are protesting the state guidelines that are trying to stem the spread of the infection, a sense of boredom and frustration has become pervasive both on television and social media.

A survey conducted last month of close to 3,500 adults living under national quarantine in Italy found that “boredom” was one of the most commonly stated negative side effects of the restriction

As Susan Sontag wisely noted, “The life of the creative man is lead, directed and controlled by boredom. Avoiding boredom is one of our most important purposes.”

One factor that is clearly contributing to the boredom is a lack of entertainment. Sure there are plenty of shows to watch on Netflix, but binge-watching and spending the day on social media can only curb the sense of blasé for so long.

While staying at home has surely been difficult for most people, especially those who enjoy outdoor activities, perhaps the lack of any sporting events has been one of the most difficult transitions for many fans.

According to one sports owner, there may be a light at the end of the tunnel, however.

“I think there’s a lot of unknowns, but my opinion is that we will end up having a season,” Milwaukee Bucks co-owner Marc Lasry said Thursday.

Lasry’s comments Thursday come after CNBC recently reported that some team executives and agents are calling on the league to abort the remainder of the season. The NBA indefinitely stopped play March 11 after a Utah Jazz player tested positive for Covid-19.

While there are clear financial consequences to canceling the season, restarting play is not so simple, as many of the teams are in states with widely varying stay-at-home regulations.

It may give some teams “a little bit of an edge, but that’s life,” said Lasry, the billionaire co-founder of Avenue Capital. “You need to get started.”

Meanwhile, for those sports fans who cannot live without the thrill of the game, esports has become much more popular recently, with ETFs like the VanEck Vectors Video Gaming and eSports ETF (ESPO) and the Global X Video Games & Esports ETF (HERO) reaping the benefits.

Gaming platform Twitch is ramping up esports coverage in this new era of social distancing, as a number of traditional sporting events have been canceled. The company this week even introduced a new esports directory on its site that will make it simpler for viewers to find live matches, information on players, games with active competition leagues, a directory of players, and more.