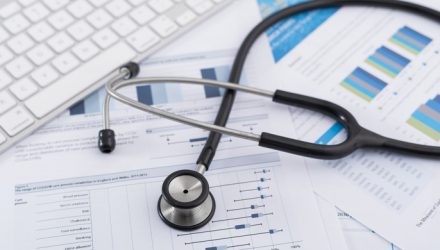 Disruptive Health Care ETF Is Good For Your Genes

Reported on by Bloomberg’s Scarlet Fu, take a look at the ARK Genomic Revolution ETF (ARKG) if you are looking for an ETF that goes after companies involved in the genomics industry.

Functioning as an ETF representing the intersection between health care and technology, biotech firms make up a majority of the fund, in addition to health care services, and pharmaceuticals.

As stated by Fu, the global genomics industry is said to be worth an estimated $15 billion, with a forecast to grow 8.5% annually between now at 2025. One can see that growth reflected in ARKG’s performance, as it has proven itself many times over in the five years since it began, easily outpacing the S&P 500.

Fu continues by noting the $430 million in assets held by ARKG, with an expense ratio of 0.75% bases points. As far as Bloomberg is concerned, it gets a “Green Light,” and a notice for its actively managed status.

Watch a short video on the ARKG ETF here: