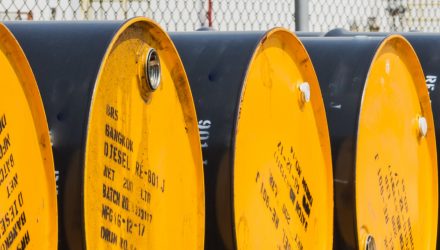 As crude oil heads into the next contract month for futures, WTl prices sank another 13% on Friday, dropping to their weakest level since November 2001.

The accelerating pace of the drop in the oil market reveals that the record-setting OPEC+ production cuts aren’t were not as effective as a thought in rectifying the decline in demand caused by the COVID-19 pandemic, and President Trump’s rejoicing that he convinced Russia and Saudi Arabia to slash production last weekend was a bit premature.

The big Oil Deal with OPEC Plus is done. This will save hundreds of thousands of energy jobs in the United States. I would like to thank and congratulate President Putin of Russia and King Salman of Saudi Arabia. I just spoke to them from the Oval Office. Great deal for all!

It’s hard to imagine that at one point oil had rallied back to as much as $63.27 a barrel in early January, as West Texas Intermediate crude has now lost a mind-boggling 73% of its value.

But with the decline comes both profits and losses for investors. While some groups like the energy FINWIT group #ETF have made a fortune on the crude selloff, others have suffered from the decline.

BRV @WillRayValentin, for example, told Reuters he profited an incredible US$4 million in the week March 9-16, when oil prices crashed as OPEC+ failed to find common ground, amid the start of Saudi Arabia’s price battle for market share.

“It was like picking money up off the street,” BRV told Reuters on the phone.

Others were not so fortunate, however.

On April 1, 2020, Whiting Petroleum Corporation stated that it had filed for bankruptcy protection, suffering from the ravages of an oil market that has reached roughly $17 a barrel in the expiring May contract.

“Given the severe downturn in oil and gas prices driven by uncertainty around the duration of the Saudi / Russia oil price war and the COVID-19 pandemic, the Company’s Board of Directors came to the conclusion that the principal terms of the financial restructuring negotiated with our creditors provide the best path forward for the Company,” said Bradley J. Holly, the company’s Chairman, President and CEO.

For ETF investors, this oil slump has also been a blessing and a curse. Those who have held funds like the United States Oil Fund LP (USO) or the ProShares Ultra Bloomberg Crude Oil (UCO) all the way down have lost fortunes.

However, those who traded these funds on bounces, or used inverse funds like the ProShares UltraShort Bloomberg Crude Oil (SCO) and the VelocityShares 3x Inverse Crude ETN (DWTI) have seen potentially massive windfalls.