You are at:Home»Featured»Crude Oil Pulls Back Amid Profit Taking And Storage Concerns 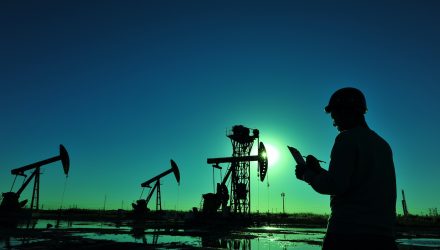 Crude Oil Pulls Back Amid Profit Taking And Storage Concerns

West Texas Intermediate (WTI) slipped as much as 13% from its highs, or $3.50, to trade at $22.58 per barrel before recovering some, and is currently trading around $23 as of 11:45 am EST. On Tuesday the June futures contract rocketed 20.45% amid optimism over the country reopening as well as improving demand.

International bellwether Brent crude traded $1.66, or 5.3%, lower at $29.34, as the coronavirus pandemic continues to hamper demand.
Some analysts have expressed concern that crude moved too far too fast, as the June contract was trading at a low of $6.50 a barrel earlier this month, having traded negative in the May contract, and has since rallied more than 300% in a just a couple of weeks.

“The rally in crude also feels lofty as discussions with refiners continue to suggest lower run cuts are in the cards given weak margins,” analysts at Tudor, Pickering, Holt & Co., a Houston-based energy investment bank, said in a note to clients Wednesday.

Data from the U.S. Energy Information Administration released Wednesday revealed that for the week ending May 1 inventories climbed 4.6 million barrels higher, a shortfall from the 8.67 million barrels build analysts had been expecting, according to FactSet.

WTI has rocketed more than 50% over the past week as shelter-in-place restrictions are loosening, driving optimism that demand for oil may have bottomed, as consumers begin to leave their homes and purchase more fuel. Jeff Kilburg, CEO at KKM Financial, said the selling on Wednesday could be simply the result of investors locking in gains after a massive run-up in oil.

“Crude oil volatility persists and after a nearly 100% sensational move higher (off of $14 on 4/29) WTI is incurring some profit-taking,” Kilburg said. “Additionally, the demand for crude remains quite opaque as re-openings of economies globally occur,” he added.

A historic production cut from OPEC and its oil-producing allies, which takes 9.7 million barrels per day offline, went into effect on May 1, which is likely driving oil higher. But with limited storage still an issue, analysts fear that oversupply may still be an issue.

“Indications show that for yet another week, storage is continuing to fill up, despite the shut-ins and the output cuts,” noted Bjornar Tonhaugen, head of oil markets at Rystad Energy. “Demand, which indeed now is on the recovery road, is not yet enough to balance the produced oil and that oil has to go somewhere,” he added.

Investors looking to use ETFs to participate in oil can continue to look to the Invesco DB Oil Fund (DBO) or the ProShares Ultra Bloomberg Crude Oil (UCO), which have been making gains lately amid the oil run-up.