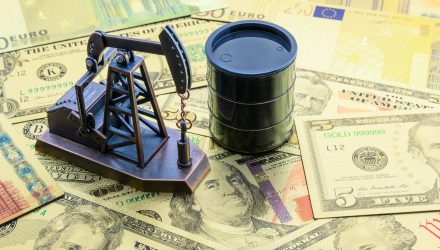 Crude Oil And Crude ETFs Continue To Surge On Friday

After crude oil exploded higher on Thursday following President Trump’s indication that key oil producers could cut back supply, crude has continued to run higher Friday, approaching $29 a barrel earlier in the session.

Oil producers from the OPEC+ coalition are considering the option of cutting back global crude oil production by 10 million BPD in coordination with outside producers, according to an OPEC source relayed via Reuters on Friday. The ultimate cut would hinge on the outcome of the meeting of President Trump with U.S. oil firms later on Friday and over the weekend, Reuters’ source said.

WTI crude oil rocketed past $27 a barrel Thursday after plunging below $20 recently, on news that Saudis and Russia will mitigate pressure on oil, terminating a price war that has contributed to crude’s incredible crash.

West Texas Intermediate crude futures surged more than 45% or $9 a barrel and are still up 22%, or $4.51 to trade at $28.56 per barrel in front-month futures, and ETFs are following suit. 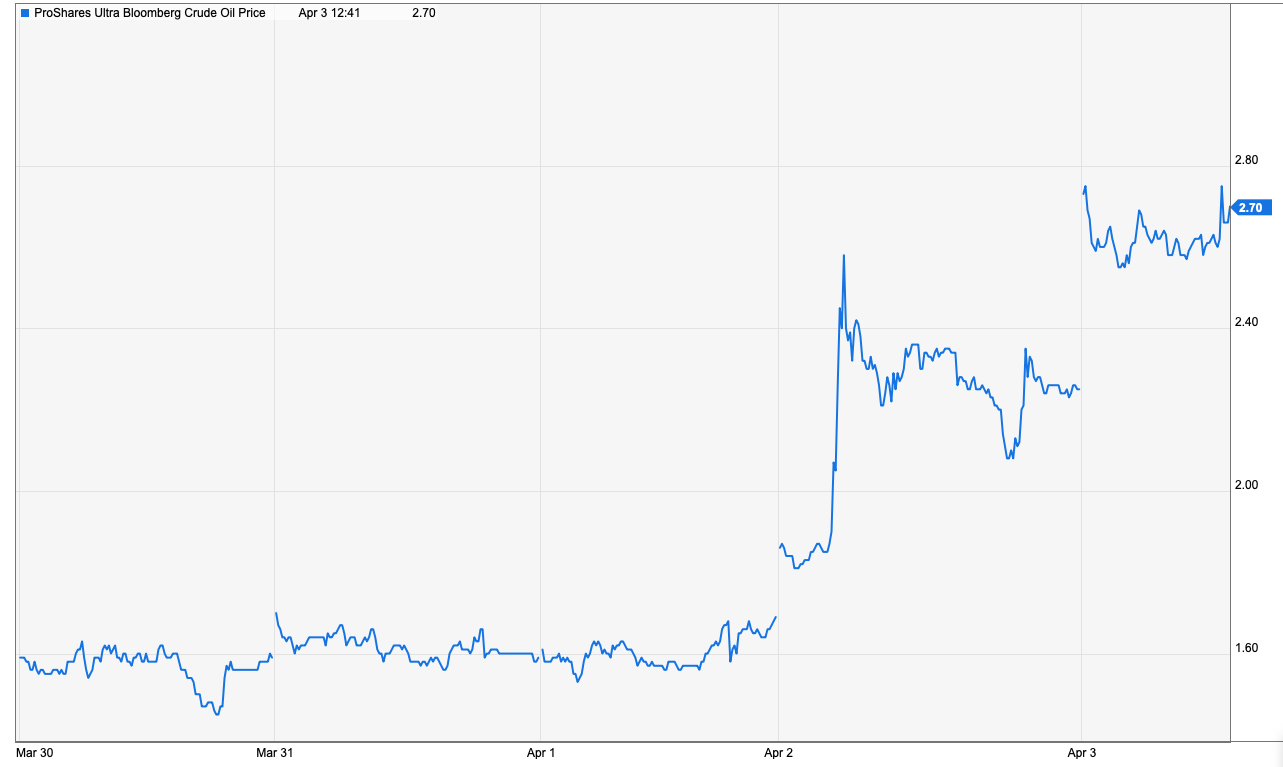 President Trump told CNBC’s Joe Kernen Thursday that he spoke to President Putin yesterday and Saudi Crown Prince Thursday and anticipates they will slash oil production by 10 million barrels, but that number could be as high as 15 million.

The president later tweeted that a production cut would be “great for the oil & gas industry!” His comments came before a meeting with energy industry executives scheduled for Friday and sent oil markets and ETFs soaring higher.

Saudi Arabia called on Thursday for an urgent meeting of the OPEC+ coalition, which will be held on Monday, April 6, according to non-OPEC producer Azerbaijan on Friday, and “another group of countries” to try to find “a fair solution” to the current market imbalance.

Saudi Arabia is implying that it will discuss making additional cuts if more countries take part, including the United States.