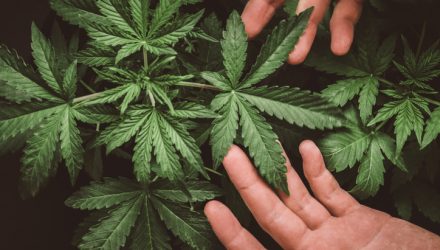 It was supposed to be a routine police raid…

But when the cops stormed an illegal pot operation in California earlier this year, even grizzled veterans were shocked by what they found.

They went in expecting to confiscate marijuana plants from a farm. Instead, they found a pot factory cranking out 500 pounds of pot a day. That’s nearly enough pot to supply all legal pot shops in California!

As you may know, California legalized recreational pot in 2018… an act that was supposed to put an end to the illegal pot black market. Instead, the total opposite has happened. Black market pot is thriving.

Two years after legalization, 80% of the pot sold in California still comes from the black market. And get this… spending on legal pot has DROPPED 17% since California legalized pot, according to Arcview.

This development is a huge, overlooked threat to pot stocks. If you own any, especially Canopy Growth, here’s what you need to know… 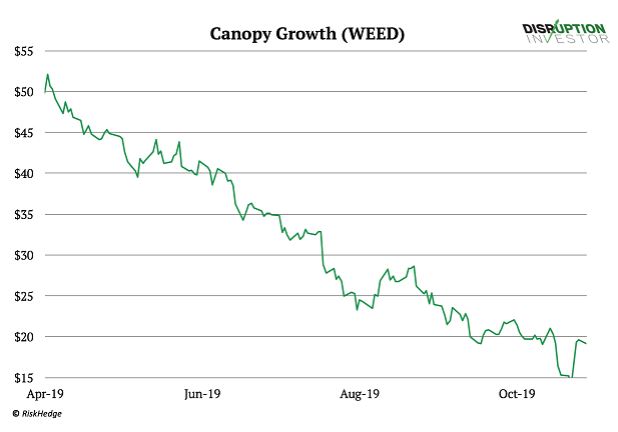 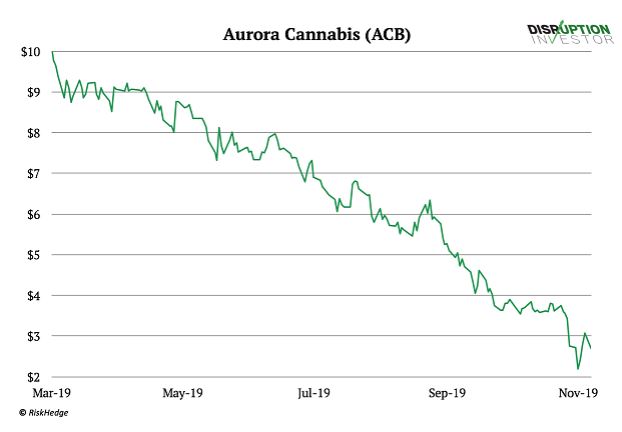 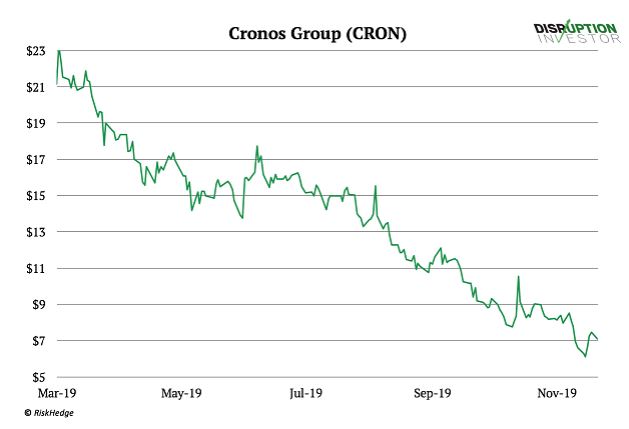 If you’ve been following my work on pot stocks, you saw this coming from miles away back in August. But make no mistake, pot stocks aren’t merely “taking a breather.” They’re crashing. And I don’t see them going anywhere but down for at least the next six months, for one simple reason.

Pot was legalized in Canada last year. But 2018 was not the first time most Canadians tasted pot. Millions of kilos of pot had been smoked in Canada way before the legalization. It’s been a multi-billion dollar industry for a hundred years.

The only difference is that it was conducted on the black market, illegally.

A year after Canada’s historic legislation, the Canadian pot black market isn’t just alive—it’s booming! Today, 4 in 10 Canadians buy at least some of their pot from illegal sources, according to StatsCan. And in 2019, the black market is expected to make up 71% of all pot sales in 2019.

Mark Zekulin, CEO of Canopy Growth, appeared on TV the other day. He commented on the company’s record-high losses for returned products and excess inventory. The company lost $1.6 billion in the past six months… 3X more than last year.

As you may know, Canopy Growth is the world’s largest pot producer…and one of investors’ favorite pot stocks. Here’s what Mark said:

In other words, the lack of legal pot stores is Canada is at the root of Canopy Growth’s struggles. Once more pot stores open up, black market competition will vanish. That’s a big, capital-L lie.

If California is any indication, access to legal pot won’t disrupt the black market. Quite the opposite… it will make it thrive.

It All Comes Down to Price

“One customer told me, ‘I love you and I want to support you, but I can’t buy all my cannabis here. It’s too expensive,’ ” said Jeremy Jacob, co-owner of a Vancouver pot store. That’s one of the many stories you hear from owners of the first Canadian pot stores. It reflects the main problem with the legal pot industry.

In Canada, you can buy a gram of pot on the street for $5.59. In a legal store, you must shell out over $10.23 for the same amount of pot, according to Statistics Canada.

You see, the government of Canada levies huge taxes on legal pot… which inflates its price to practically double that of black market pot. This makes it impossible for a legal producer like Canopy Growth to compete with street dealers.

Canopy Growth Is Sitting on Mountains of Pot

Let me show you the most important chart about Canopy Growth. It shows how it’s piling up bigger and bigger inventories of pot… 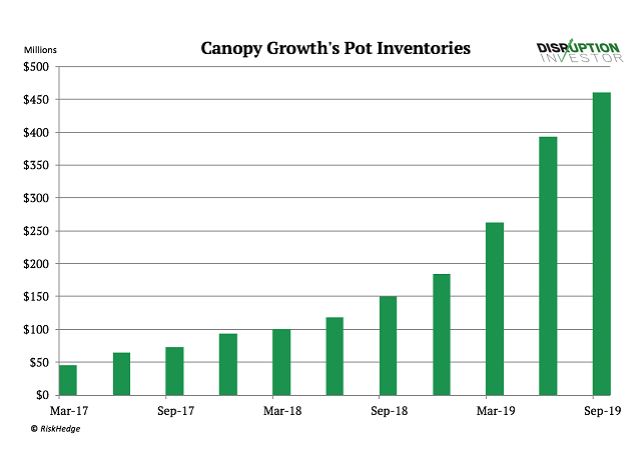 It took just a year for the company to fill up its warehouses to the brim with hundreds of thousands of kilos of pot. But because of the black market, only a fraction of it has been sold.

While Canopy Growth is falling over itself to produce more and more flower, most folks are still buying their pot from street dealers.

The Math Doesn’t Add Up

This is more than half of what the entire Canadian market consumes in an entire year, according to Statistics Canada. Since the black market makes up 71% of the Canadian pot market, most of Canopy Growth’s pot will stay in warehouses to rot.

Meanwhile, the company’s losses are mounting by the day. This can’t go on forever.

My recommendation: don’t buy the dip in Canopy Growth or other pot stocks. As tempting as a 60% discount sounds, Canopy Growth is a money-burning machine that has hit a dead end.

I see much more blood on the streets from here.