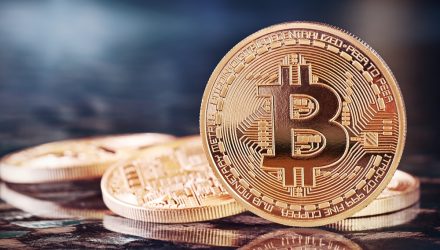 Bitcoin hits $12,000 on Paypal move: Time is up for Bitcoin deniers

Paypal’s decision to allow customers to buy, sell and hold Bitcoin underscores that Bitcoin deniers and cryptocurrency cynics are on the wrong side of history, affirms the CEO of one of the world’s largest independent financial advisory and fintech organizations.

Mr Green notes: “Unbelievably there are still some financial ‘experts’ and financial watchdogs who believe that cryptocurrencies are not the future of money.

“The decision by one of the biggest payment companies in the world to allow customers to buy, sell and hold Bitcoin is yet another example that exposes Bitcoin deniers and cryptocurrency cynics as being on the wrong side of history.

“Let’s be clear: This is a major step forward towards the mass adoption of digital currencies.”

He continues: “The blistering speed of the digitalisation of economies and every aspect of our lives, including financial lives, shows that there will be a growing demand for digital, global, borderless money – characteristics that are inherent to the likes of Bitcoin.”

Last week, the CEO, who launched the deVere Crypto app in 2018, noted: “There’s been something of an avalanche of interest in Bitcoin in recent weeks from household-name investors.

“Investor activity is picking up considerably with various on-chain metrics and ongoing – and heightening – global political, economic and social turbulence suggesting that there will be a price surge before the end of the year.”

He went on to add: “There’s a growing sense that we’re set to experience a mini-boom similar to that at the end of 2017.

“Prices are yet to catch-up with investor interest – but this is only a matter of time as investors will not want to sleepwalk towards perhaps year-high prices in the run-up to the end of 2020.”

Mr Green adds: “I believe Paypal’s decision will drive more institutional investors into the already burgeoning crypto sector, bringing with them their capital and expertise.

“The direction of travel has already been on this path, but there is a growing sense that more investors will now be preparing to move off the sidelines.”

He concludes: “Surely, the time is up for those relics who still believe cryptocurrencies are not the way forward?”