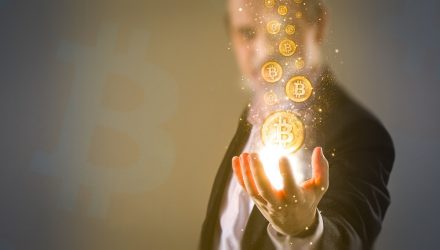 Bitwise Asset Management, the investment firm that pioneered the first privately-offered cryptocurrency index fund, announced last July that it would file the registration statement with the Securities and Exchange Commission (SEC) that will introduce the first publicly-offered cryptocurrency index exchange-traded fund (ETF) to the capital markets. While the company is still waiting for approval from the SEC, which recently pushed the date back yet again, the firm remains sanguine that they will be the first approved Bitcoin offering.

“So the most recent delay we view as largely procedural. From the initial filing there are 240 days for the it to be considered and that puts the final decision on October 13. Our filing is currently the first in line, and so I think we weren’t surprised by the window extending and the amount of time continuing,” Hunter Horsely, CEO of Bitwise Asset Management explained on Bloomberg.

Horsely says the SEC has been transparent about their concerns, but there has been progress in the number of filings so far, giving the company hope for approval.

Bitwise’s Matt Hougan also feels that many of the SEC concerns have since abated.

Matt Hougan, Bitwise Global Head of Research added, “A lot of the concerns that the SEC had lined up in January 2018, when they articulated why bitcoin ETF’s will need longer review have been solved…just by the market maturing.”

Just a year ago, in 2018, Bitwise Index Services, a subsidiary of Bitwise Asset Management, creator of the world’s first cryptocurrency index fund, announced the launch of three additional indexes that cover the midcap, small-cap, and total-market segments of the cryptoasset market.

Bitwise also has two other investments: the Bitwise Bitcoin Fund and the Bitwise Ethereum Fund are the second and third strategies in the Bitwise fund family, joining the broad-market Bitwise 10 Private Index Fund. The launch of the funds is driven by inbound client interest and investor dissatisfaction with existing options, many of which carry premiums, charge exit fees, have lockups, and/or charge expenses to the fund outside the stated management fee.

Bitcoin has rallied from roughly $3,000 to over $12,000 before falling back to it’s current level just under $10,000, amidst economic and global uncertainty, while investors continue to await approval for a Bitcoin ETF.