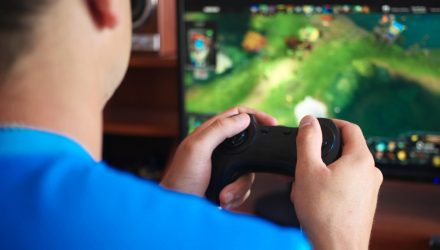 The Global X Video Games & Esports ETF (NASDAQ: HERO) is among the video game ETFs that are soaring this year and while the coronavirus pandemic is part of that equation, there’s much more to the story and that’s good news for investors.

As has been widely documented, the upcoming hardware upgrade cycle could provide more support to HERO and rival video game ETFs.

“Rumors have begun to swirl about the number of next-generation PlayStation consoles Sony plans to manufacture. The latest suggests that, because of the pandemic, the number will double,” reports Max Cherney for Barron’s.

HERO has another feather in its cap: significant exposure to high-flying semiconductor name NVIDIA (NVDA) and that’s important given that company’s exposure to the booming cloud gaming market, which is expected to be a significant growth driver for the gaming industry in the years ahead.

“In recent weeks, Sony has disclosed various aspects of the new system, such as its exterior design and several games, but it hasn’t discussed price. Rival Microsoft plans to release another Xbox console this year, too,” according to Barron’s.

Vital to the HERO thesis is the fund’s exposure to the hardware (console) side of the gaming business, which is often overshadowed by game publishers (software).

“Bloomberg reported Wednesday, citing unnamed people, that Sony would roughly double its PlayStation 5 production to 10 million units this year, up from an earlier report that it was aiming to produce 5 million to 6 million PS5 units by the end of March 2021,” according to Barron’s.