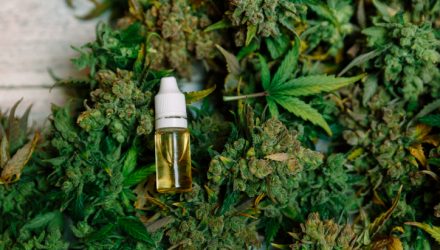 An effort by some members of Congress to make traditional banking services more widely available to businesses involved in the legal marijuana industry could be a boon to exchange traded funds, including the ETFMG Alternative Harvest ETF (MJ) and the AdvisorShares Pure Cannabis ETF (YOLO).

“American marijuana producers, bankers, and real-estate firms came to Washington this week to lobby Congress in favor of Rep. Ed Perlmutter’s marijuana banking bill,” reports Bill Alpert for Barron’s. “The Colorado Democrat has labored for six years to let financial institutions handle money from cannabis businesses in the states that have legalized marijuana. After the House Financial Services Committee backed his SAFE Banking Act in March, Perlmutter says he hopes for a floor vote before the end of June.”

There is some bipartisan support to advance the SAFE Act.

“After a March hearing, during which industry representatives told of the dangers they face in carrying piles of cash from cannabis dispensaries, the Financial Services committee voted 45 to 15 to advance the bill. Eleven Republicans joined all the Democrats in supporting the reform,” according to Barron’s.

One component of the SAFE Act is to give banks immunity from prosecution when dealing with cannabis businesses as long as those banks are complying with state laws.