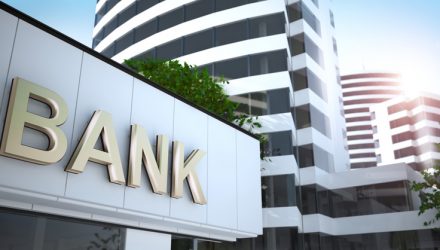 Bank ETFs That Could Benefit from Increased M&A Activity

With mergers and acquisition activity picking up, regional banks and financial sector ETFs that track smaller firms could benefit from the increased consolidation.

There were 35 deals in the regional banking space last year, the highest number since 1999, and with the 2020 presidential election looming, buyers may be in a hurry to lock in deals in the first half of the year before a potentially new president comes to office, MarketWatch reports.

“Bankers might have a short window to get those deals done,” S&P Global Market Intelligence said in a note. “Regional bank M&A is experiencing something of a sweet spot after regulators lifted a key asset threshold. But that could change after the 2020 elections, leading to some predictions that large deals will be front-loaded in the year ahead.”

Further bolstering the case for merger activity, the most appealing regional banks have exposure to healthy state economies like Texas and Florida, along with other expanding areas of the Southeast.

The banking has also traditionally been an active area for consolidation. In 2000, there were nearly 10,000 banks operating across the U.S. However, that number is now below 6,000.