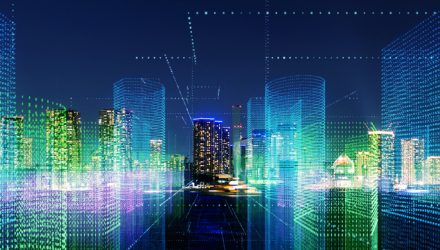 An ETF Strategy Steered Toward Innovation in Transportation

Investors who are looking for up-and-coming opportunities should consider the developing smart transportation industry and an exchange traded fund strategy to tap into this quickly evolving segment.

In the recent webcast, A Road Map to Investing in Smart Transportation, Jim Atkinson, CEO, SmartETFs, explained the transformation in the transportation industry as new technologies are incorporated into the traditional automobile industry.

Atkinson pointed out that in the current environment, automobiles are parked 95% of the time, with up to 24% of urban land use allocated to parking. In other words, given 1 billion cars, we would require 43,000 square miles of parking space.

Automobiles are also expensive. U.S. car owners would on average spend $1,000 per month to own, operate, park and insure a vehicle.

However, the global vehicle landscape is slowly shifting as the adoption rate of electric vehicles rises. The global electric vehicle fleet  expanded to 5.6 million or up 64% from 2017. More consumers are looking into electric vehicles as they are cheaper to maintain, create less pollution, are more efficient and are up to 80% less expensive to fuel. For example, New York city has achieved a reduction of 75% in maintenance costs for their fleet of all electric vehicles compared to their gasoline powered fleet.

Looking ahead, Will Riley, Fund Co-Manager, SmartETFs, projected that the expected global vehicle population could rise to 1.7 billion by 2030, compared to 1.3 billion in 2018. Among the global fleet, the projected electronic vehicle penetrate rate is expected to increase to 15.3 or 260 million electric vehicles as EVs make up about 50% of the expected global new vehicle sales.

Atkinson also believed that autonomy could add another layer of innovation that could contribute to the transformation in the vehicle industry. While full autonomy may be a ways off, some level of autonomy is already in play, such as driver assistance and self-driving. Current care autonomy covers driver assistance like braking, accelerating or steering; simultaneous automated functions that include steering plus braking and accelerating; and performing all aspects of driving under some circumstances. The industry is still working on high driving automation – a user having the option to control a vehicle, and full automation under all conditions.

Atkinson argued that automation may be the future as driverless, electric taxis could reduce the cost of vehicle miles from $1.00 to $0.20. This 80% reduction could further allocate capital toward innovative disruption, which may lead to the end of the own and drive model.

As a way to tap into this innovative development and growth opportunity, investors can look to the recently launched SmartETFs Smart Transportation & Technology ETF (MOTO). MOTO can help investors gain exposure to companies believed to benefit from the current revolution in transportation. The ETF is an actively managed ETF that seeks long term capital appreciation from investments involved in the manufacture, development, distribution, and servicing of autonomous or electric vehicles and companies involved in related developments or technologies to support autonomous or electric vehicles including infrastructure, roadways, or other pathways.

Financial advisors who are interested in learning more about transportation investing can watch the webcast here on demand.