You are at:Home»Thematic Investing Channel»An Airline ETF Could Help Investors Fly Through Turbulence 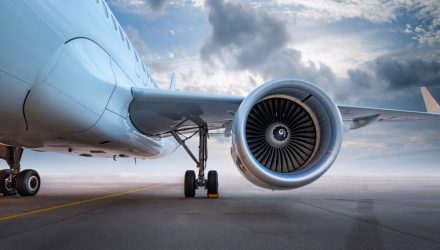 An Airline ETF Could Help Investors Fly Through Turbulence

ETF investors who are interested in the airline industry should consider the obstacles the sector faces today, plus recent tailwinds, and consider the potential long-term benefits of entering the market during a recovery period.

On the recent webcast, Why We Believe the Airline Industry Can Fly Above the Turbulence, Frank Holmes, CEO and Chief Investment Officer, U.S. Global Investors, underscored the ongoing growth of the broad airline industry. Everyday, 27 million travelers fly on 44,000 flights across the U.S. aviation system, reflecting the ongoing steady demand. U.S. airports serviced over 1 billion domestic and international passengers in 2018 alone. Meanwhile, consumers have seen more cheaper commercial fights as air fare is now more affordable than it was two decades ago.

The airline industry has enjoyed 10 consecutive years of profitability with net profits estimated at $35.5 billion for 2019, according to the International Air Transport Association. The profit growth comes despite the grounding of the Boeing 737, which accounted for less than 5% of daily flights in the U.S.

The airline industry is protected by an economic moat where competitors would see high barriers to entry in the domestic airline industry, along with massive hurdles to building new airports. Current players enjoy competitive advantages as potential entrants would have to throw billions of dollars in capital into the sector to step into the game.

Holmes also highlighted the airline industry’s growth through the benefits of ancillary revenue streams. Specifically, these ancillary revenue cover additional charges beyond the airplane tickets, including additional baggage fees, change fees, in-flight wifi access, on-board food and services, car services and hotel booking, among others. Ancillary revenue has taken off, rising to $92.9 billion in 2018 from $2.5 billion back in 2007.

Investors may note that credit card deals and loyalty programs’ have contributed to a growing source of airline revenues. For instance, loyalty programs make up as much as 15% of Southwest Airline’s total revenue.

As a way to access the global airline industry, investors can look to the targeted U.S. Global Jets ETF (NYSEArca: JETS), the sole ETF dedicated to airline stocks, to access the global airline industry. JETS follows the U.S. Global Jets Index, which uses fundamental screens to select airline companies, with an emphasis on domestic carriers, along with global aircraft manufacturers and airport companies.

JETS may even be used as a tactical portfolio investment tool to capitalize on specific market views across short-term periods. U.S. Global has witnessed sophisticated traders shorting weaker names to potentially profit from underperformers while profiting from the long ETF, which would help reduce volatility for the pairs trade. For instance, traders have shorted Ryanair while holding long JETS, or shorting JETS and going long Spirit Airlines to place a view on individual names outperforming the basket of airlines.