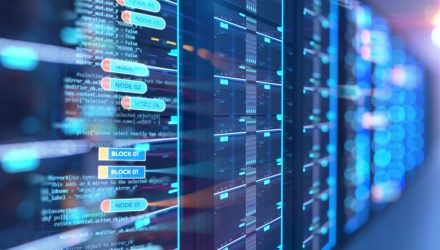 5 Ways Blockchain and AI Are Changing Business in 2019

Blockchain and artificial intelligence (AI) are relatively new technologies that have already make a big impact on company operations.

In 2019, several new business applications are being developed that smart managers should incorporate. Here are five ways blockchain and AI will change business for the better this year.

1. Blockchain for Transparent and Simplified Bookkeeping

At its simplest, blockchain is a bookkeeping tool. It keeps track of who bought what and when. Doing business successfully and ethically requires the management of a database describing that company’s assets and its financial transactions over time. This is a full-time job, as most accountants won’t hesitate to affirm. Where does blockchain enter the mix?

We can expect blockchain to deliver incredible efficiency to the accounting trades. A great deal of a CFO’s, accountant’s or bookkeeper’s working life involves clarifying asset ownership, checking the accuracy of ledgers containing transaction information, and seeing to it that acquisitions and purchases go smoothly.

Blockchain should reduce both the time and expense required for these tasks. There’s no reconciliation of ledgers because there’s just one — and it’s shared among participants and cannot be altered.

The potential is so great that the world might not need as many accountants — or else require them to focus more on the intuitive parts of the job, like valuation and long-term financial planning, and less on the busywork.

Intelligence-gathering is critical for the day-to-day function and long-term planning of businesses of any size. Until the emergence of neural networks and artificial intelligence, business-related research was conducted by people using web search tools and keywords. Some of the public information of interest to businesses includes:

The accumulation and leveraging of text-based data from across business silos and the internet as a whole, better known as big data analysis, isn’t optional anymore. It’s required for competitiveness, for forecasting and for operating leaner businesses with less overhead and waste.

We’re seeing more companies build their own natural language processing algorithms to filter out low-quality data and bring the most useful information to the top, all with little intervention from human data handlers, researchers and analysts.

3. Blockchain and the Token Economy

The idea of decentralized currencies goes far beyond bitcoin and Ethereum. Today, all kinds of companies, organizations and governments are exploring the concept of initial coin offerings, or ICOs.

It could even become the basis for a new kind of economy — one where we’ve tokenized everything. Changing times call for new ways in which value changes hands. We don’t just have a gig economy where money is exchanged in increasingly informal ways, such as employees vs. contracted workers, etc. What we have is an economy where any business or organization can monetize just about anything they want to by creating a cryptocurrency fork.

The concept takes the idea of behavioral economics to a brand new place. Blockchain could make it easy for companies to award tokens to customers who recycling a product back to its manufacturer. Nonprofits could create “tree coins” for planting a tree or taking other affirmative environmental actions.