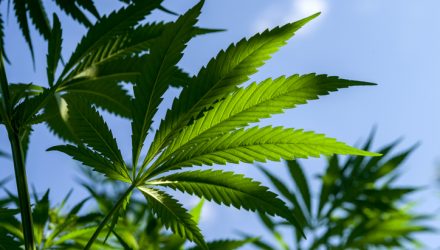 POTX Positioned For a Rebound With Pleasant Surprise

Like other cannabis assets, the Global X Cannabis ETF (NASDAQ: POTX) has taken its lumps in its relatively brief time on the market. However, as markets continue separating the contenders from the pretenders in the cannabis space, something industry observers expect will happen in earnest next year, POTX could be ready to bounce back in 2020.

POTX follows a benchmark that holds “companies involved in the legal production, growth and distribution of cannabis and industrial hemp, as well as those involved in providing financial services to the cannabis industry, pharmaceutical applications of cannabis, cannabidiol (i.e., CBD), or other related uses including but not limited to extracts, derivatives or synthetic versions,” according to Global X.

“Yet, inelastic demand is only one factor when evaluating cannabis’ potential. The other is the increased potential for cannabis legalization in a downturn, given its growing track record of generating economic growth and tax revenues,” said Global X in a recent note.

After this year’s drubbing, there some well-known catalysts that could come into play for POTX and marijuana equities in the year ahead.

The legalized cannabis industry is also a nascent business with huge opportunities. New Frontier Data estimated that the consumer market value was nearly $344 billion in 2018, with Asia making up over half of that. There were also 263 million cannabis users globally over the past year.

Cannabis is slowly going mainstream. In 2018, there were $13.8 billion in cannabis investments. Among the more prominent investments, global beverage producer Constellation Brands and tobacco producer Altria made $5.8 billion in investments combined.

“Cannabis legalization at the federal level could generate $132 billion in aggregate tax revenue and more than a million new jobs across the country by 2025,” said Global X. “Currently, there are approximately 340,000 jobs (direct and indirect) tied to the cannabis market. Extrapolated, that would mean 1.46 million jobs under a fully legalized system.”