You are at:Home»Thematic Investing Channel»POTX Pot ETF Could Pop Higher in 2020 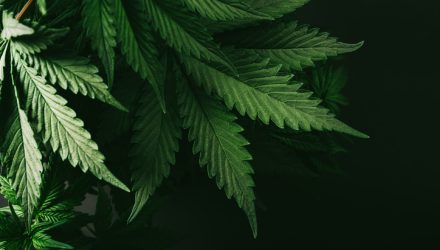 The Global X Cannabis ETF (NASDAQ: POTX) debuted at a rough time for cannabis equities and that’s true of every of the half dozen other marijuana ETFs that came to market this year as some market observers are equating cannabis stocks in 2019 to the broader market in 2008 or tech stocks in 2008.

However, POTX and friends can bounce back in 2020. POTX follows a benchmark that holds “companies involved in the legal production, growth and distribution of cannabis and industrial hemp, as well as those involved in providing financial services to the cannabis industry, pharmaceutical applications of cannabis, cannabidiol (i.e., CBD), or other related uses including but not limited to extracts, derivatives or synthetic versions,” according to Global X.

POTX has the potential to benefit from exciting growth trends in the broader cannabis space.

“The cannabis market is expected to grow at an annual rate of 30% over the next four years. Projections are for about $40 billion in sales in 2023 from the current sales of roughly $10 billion,” reports InvestorPlace. “This growth will be fueled by recreational usage as more states and countries legalize marijuana. New inroads into the medical uses of cannabis, especially for pain management, will also spur growth.”

Previously, investors were willing to pay up for cannabis growth stories, ignoring the lack of probability in the industry. It’s a different ballgame these days as many marijuana stocks, even after recent declines, appear expensive and many still aren’t close to profitability.

With 2020 being an election year and momentum building for broader legalization of cannabis, politics could prove to be a tailwind for POTX in the new year.

“The House Judiciary Committee recently approved a bill to fully legalize cannabis in the US,” according to Global X research. “The Marijuana Opportunity Reinvestment and Expungement (MORE) Act seeks to decriminalize cannabis, expunge prior convictions for cannabis offenses, and establish a 5% federal tax on cannabis and its derivatives. The tax revenue will fund job training and legal assistance to those communities hit hardest by the war on drugs.”

Passage of that particular legislation appears nil, but an improving political could prove to be a favorable fundamental factor for POTX in 2020.