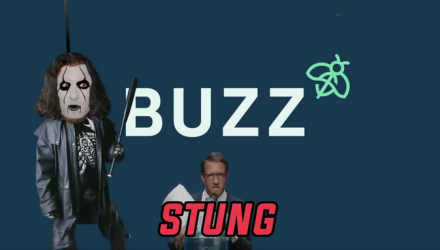 Five years ago, I met a really nice guy named Jamie Wise on the conference circuit. Wise had fascinating ideas about scraping public internet chatter about stocks to build an index that tries to ping stocks currently in favor with retail investors, using a bunch of AI and other carefully curated data sources.

I — having run a fund that included a lot of thinking about this in the late ’90s that crashed and burned — was skeptical. Jamie got a fund launched with Sprott as a partner (which we covered back in the day). The fund did okay but didn’t gain a lot of traction and closed in March 2019. Now it’s back in a new form with partner VanEck.  There’s real work here under the hood, and I have no beef with either the idea behind the index or VanEck jumping in. If anything, jumping into something fun and new is very on-brand for VanEck. (See also fallen angel bonds, BDCs, Rare Earth Metals, Agribusiness, Videogames, Bitcoin, Gold miners, etc. Totally on brand.) I wish both Jamie and VanEck nothing but success here. Seriously. I’d love my old-man, thousand-yard-stare, knee-jerk skepticism to being completely wrong.

But then there was this. 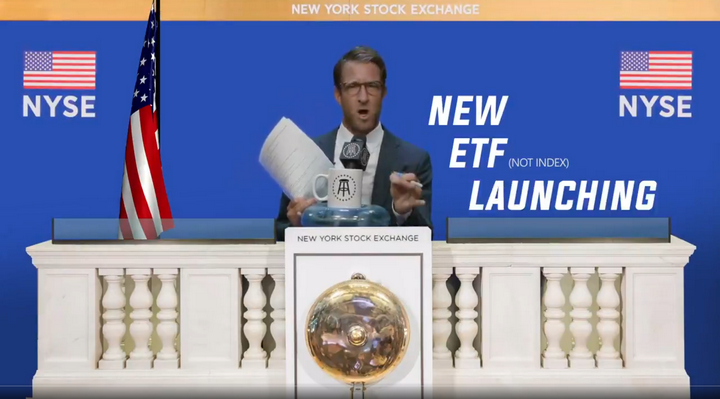 In case you somehow inexplicably missed the tweet, this is the launch video for the ETF. In it, Dave Portnoy, also known as Davey Day Trader (covered in my previous big-thing-that-needed-an-edit), introduces the product, and any reasonable person seeing the video and say, “oh, this is about an ETF!” And if you watch the video, there’s all this discussion of the launch of BUZZ tomorrow: 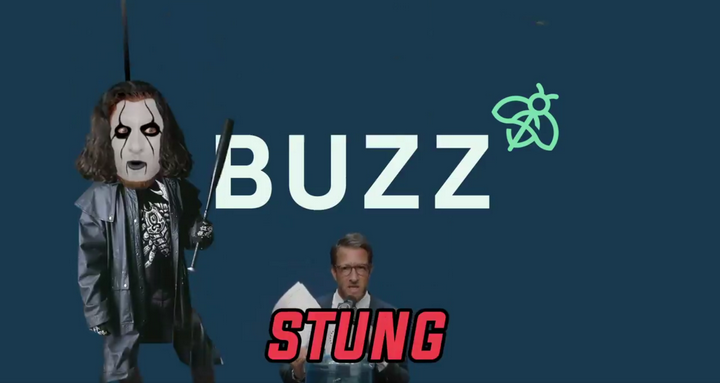 And in the video, Portnoy says things like, ” … this thing … again I’ve learned my lesson. I can’t guarantee returns, this, that, but in 20 years, I haven’t lost. It takes a lot for me to put my reputation, my balls, on the line. I am doing it this time. Buzz ETF. Thursday. New York Stock Exchange. Is this big? It’s F*ng Huge.”

They (Portnoy and the Buzz Index team) are, we assume, falling back on the fact that they’re an index provider, not an issuer, and thus not regulated. Can the ‘not an issuer’ argument actually hold? They’ve gone to some pains to cover themselves (for instance, having a mechanical voice say ‘ETF’ in the video while Portnoy’s mouth says ‘index.’), So there’s obviously some awareness that they’re walking a tightrope. But the complete lack of any identifying information in the video itself (no web links, no disclaimers, nada) puts this in a weird gray area concerning marketing practices.

This is the part folks will get hung up on. They’ll write about it. A lot of it will revolve around “did this break a rule or a law” and “how will they get in trouble.” And that’s fine. I will leave it to someone else to dig into the specific regulatory and legal issues with this (cough, @LaraCrigger, cough), but I actually don’t think that’s the issue.

The most common interpretation of Quantum Physics is the Copenhagen Interpretation, which is just a lot of really wrinkly-brain words to say, “the act of observation has an effect on the thing observed.” This fund, thanks to Portnoy’s involvement, now crosses over into a weird quantum state.  He is now a member of both the observer — the index — and the observed — social media sentiment on stocks. Consider:

So here’s the question. If Portnoy is arguably one of the most influential voices on Stock-Social-Media, how can he also be economically involved with an index that is supposed to track the very thing he personally influences, and quite dramatically at that? If he decides tomorrow, for whatever reason, that NadigPharma is the next stock to go to the moon, we’d expect him to do a bunch of videos and interviews and live streams and clubhouses and whatever else, talking about how NadigPharma was going to cure cancer and will go right to the moon (it isn’t, it won’t). And then NadigPharma gets added to the index because he does his Davey Day Trader shtick really well.

First, what happens when Davey Day Trader gets hyped about a stock that’s not in the fund? How much weight does Portnoy, as an individual actor, get in the algo? More unknowably, how much does a specific tout from Portnoy drive other people to follow suit? Does Davey Day Trader go dark on any stock NOT in the index? Does he only talk about stocks under (or over) the $5 billion minimum capitalization requirement in the index?

Second, assuming none of that matters and Davey Day Trader just does his normal thing, how can an algorithm correct for the Copenhagen Interpretation? If BUZZ collects a few billion in assets, every single person making a social media post mentioning a ticker will understand that if they do it frequently and cleverly enough, they can get an index to pile on their trade. It becomes an index-algorithm vs. social-media-stock-chatter arms race.

And here’s my last question. What if this is better?

Let’s be real. Nobody reads disclosures. Most of the time, I can’t read them because I need glasses to read the fine print. Nobody reads prospectuses. I could take the Portnoy launch video and clean it up, pull back some language, and tell you exactly what disclosure you need on it to get it past FINRA pre-approval. Nothing would change about the fund or Portnoy’s involvement, and what you’d see is a pretty boring, pretty off-brand endorsement.

Would that somehow convey the risks and potential of the actual ETF better? Or have we, in fact, reached yet another case where our rules and interpretations are worthless in the modern world. What if, in fact, Portnoy just being himself actually carries more weight for the true spirit of the law — having folks understand what they’re buying. When Portnoy drops a video, it’s not in a vacuum. It carries with it all of the weight of everything he’s done so far. That’s what a brand is. And honestly, the Davey Day Trader brand bakes in many risk disclosures.  Nobody — literally nobody — who has ever watched a Davey Day Trader Global video and thinks that every word out of Portnoy’s mouth is gospel. We’re all in on the bit. When he says ‘stocks only go up,’ we know he doesn’t literally believe it, and he knows we don’t believe it. It’s signaling. And in this case, that signaling goes way beyond the words in a transcript.

What if, just maybe, the very fact the video is wild and whacky actually helps his followers correctly assess the product’s risks? What if “this is a fund doing some cool, weird new stuff, and Dave’s hyped up about it, but hey, it’s Portnoy. He’s lunatic savant, and we know he’s getting paid, so I’ll keep that in mind” is exactly what we’d want investors to think? He actually explains the index methodology surprisingly well.  What if the messenger here is actually a great disclaimer about risks.

What if this is actually better than the ‘right way’?  What if the semantic density of comedy and memes is, in fact, a much better teacher for the average novice investor than any mountain of documentation.

Thanks for listening. If you’ve got ideas, send them to me at dnadig@etfflows.com, or follow me on Twitter @DaveNadig.