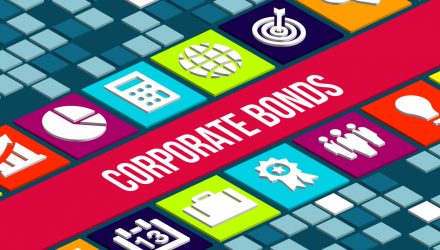 The Federal Reserve has embarked on an unprecedented corporate bond exchange traded fund buying spree that could involve more than just the most popularly invested plays.

David Mann, Head of Capital Markets, Global ETFs, Franklin Templeton, argued that following the Fed’s announcement of purchasing corporate debt through its Secondary Market Corporate Credit Facility, the central bank could even begin to purchase smaller ETFs as it moves to the next phase of owning individual bonds.

“The purchases we have seen thus far into the largest ETFs allowed broad exposure to the corporate bond market, but they did not necessarily lead to individual bond buying because of all that on-exchange volume,” Mann said. “Now, these smaller ETFs could be used as an explicit conduit for buying individual bonds which is consistent with the aim of the SMCCF.”

According to Bloomberg data, Mann found that there are currently almost $200 billion of eligible ETF assets with approximately $50 billion of those having a secondary to the primary ratio of under 3:1. Consequently, the Fed could own $10 billion of ETFs from 12 different ETF issuers, while sticking to its under 20% cap.

Mann said that Franklin’s recommendation would be to focus on low-ratio ETFs as high-ratio ETFs may not lead to any purchase of the underlying bonds, depending on the days market activity. This shift toward low-ratio ETFs would benefit the broader corporate bond ETF segment, notably those smaller offerings. Franklin Templeton also offers an actively managed Franklin Liberty Investment Grade Corporate ETF (NYSEArca: FLCO), which has close to $700 million in assets under management.