You are at:Home»ETF Strategist Channel»The Fed Starts to Unwind: What it Means for Investors 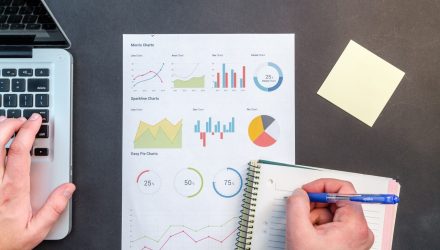 The Fed Starts to Unwind: What it Means for Investors

Although the name quantitative easing may sound cryptic, it could be succinctly described as a bond-buying program. The buyer in this case is the central bank, which goes to the market to buy certain kinds of securities – using money created for this purpose. This increases the size of the bank’s balance sheet, given that it now owns these assets.

The goal of the program is twofold: (i) to lower interest rates, which comes as a direct consequence of bond prices going down in the presence of increased demand (that of the monetary authority); (ii) to provide liquidity to banks – or even companies – in hopes that it will reach consumers.

The second goal is especially important once central bank interest rates have been lowered to zero or close to that, reinforcing the downward pressure on interest rates across the economy. Both mechanisms should work together to encourage borrowing and spending, and thus boost economic activity. Nevertheless, there are also risks. The obvious one is inflation, if the central bank overshoots. The other main risk is that the program will fail to stimulate demand if banks decide to stash the extra liquidity, instead of increasing their loans to companies and households, or the private sector shows no interest in those funds. If the money is not being borrowed, the money supply will not grow. (This problem has been more acute in the UK, Japan, and Europe.) On top of that, there is the fear of creating asset bubbles, e.g., in the equities or real estate markets.

The first QE program was implemented in Japan in 2001 – lasting ve years – to try to put an end to the economic stagnation of the 1990s, where annual GDP growth averaged less than 1%. The effectiveness of the policy is a contentious matter: some argue it helped prevent things from becoming worse, while others argue it had almost no effect (the “liquidity trap” explanation). The latter group points to a CPI that barely moved as exhibit number one.

The Bank of Japan expanded the monetary base by approximately 60% during those five years (although it had started aggressively expanding its balance sheet in the latter half of the 1990s). When the program ended, it was mostly reversed (i.e., the balance sheet shrank almost by as much as it had expanded).

After the financial crisis, many central banks have implemented QE programs, amongst them: the Federal Reserve in the US (three rounds), the Bank of Japan (two rounds), the European Central Bank (one round), and the Bank of England (three rounds, the last one extended). Canada has been a notable exception. The Bank of England started its QE program in 2009, short after the Fed’s (2008). The ECB, on the other hand, waited until 2015 to launch its own program.

If we measure by balance sheet size, the Bank of Japan has been, by far, the most aggressive. In September of 2017, its balance-sheet assets were equivalent to almost 95% of Japan’s GDP (it was less than one-third in March of 2013). The Fed never went that far, with its balance sheet size slightly over 25% of GDP at its highest point. The ECB’s has been climbing steadily, and is now close to 40% of the eurozone’s GDP.

The first round of QE (QE1) started in November of 2008. Before going out on its buying spree, the Fed’s balance sheet was less than $800 billion in size (see figures 1 and 2). In September of 2008, the Fed’s assets were equivalent to less than 7% of GDP. The goal was to buy around $600 billion in government debt and mortgage-backed securities. The program was supposed to end in March of 2009, but was extended for another year, during which over $1.1 trillion was spent. Longer- dated treasuries were added to the mix. The balance sheet was now at more than 15% of GDP. The Fed did not stop there, however: in November of 2010 QE2 was launched. It lasted until June of 2011, adding $600 billion of long-term treasuries. In September of 2012 came Q3, which lasted more than two years (October of 2014), and added mortgage-backed securities to the Fed’s balance sheet at a pace of $40 billion per month. At the end of October of 2014, the balance sheet was at record highs in terms of GDP: 25.3%. In terms of its effectiveness, there is no agreement amongst economists. The same goes for the question of future in inflationary pressures.

An event worth remembering is what happened during the implementation of Q3. At the end of May of 2013, the Fed’s chairman announced that the QE program would be slowly tapered back. Markets reacted negatively, pushing yields up by 140 basis points for ten-year treasuries between May and September of that year, in what became known as the “taper tantrum.”

The beginning of the end

But last September, the Fed nally announced that, starting in October, it would begin reducing its balance sheet. The Fed had carefully signaled this move, to avoid upsetting markets. The Fed’s balance sheet currently stands at $4.5 trillion, a six-fold increase since the “Great Recession” hit. So far, the Fed has reinvested the money it gets from the bonds it has purchased after those bonds expire (buying more of them). Starting in October, the amount reinvested will be cut by up to $10 billion per month, a small amount, showing the Fed is in no hurry to get back to normal. Of that amount, 60% will be treasuries, and 40% mortgage bonds. It will rise gradually over the course of 2018 ($10 billion increase every 3 months). A key element of the Fed’s announcement is that the final balance sheet amount it will target was not revealed, yet the Fed stated it would probably be higher than what it was before the crisis. (The Fed’s next chairperson will probably make the decision; Janet Yellen’s term expires at the end of January of 2018.) After the news was revealed, the yield curve attained. It is also important to note that, going forward, the continuing bond purchases of the ECB and Bank of Japan will put downward pressure on US interest rates. Additionally, the fact that the US Treasury is now issuing less long-term debt will reinforce this effect.