You are at:Home»Investing»The Current State of Student Loan Debt 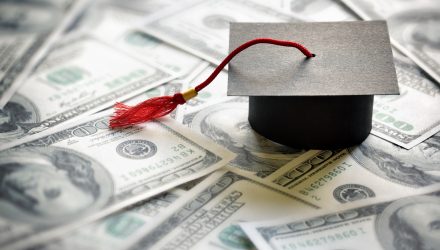 America has reached a new economic milestone – or maybe a millstone – of $1.52 trillion. Which of the following does this number represent?

While the first choice sounds strangely plausible, and some days you may feel like the second choice is correct, $1.52 trillion represents America’s total outstanding student loan debt as of March 2018 – according to the new consumer credit report from the New York Federal Reserve.

Related: Should You Refinance Your Student Loans?

That’s certainly lower than average credit card interest rates (16.71 percent), and in line with the average interest rate on a thirty-year fixed mortgage (4.78 percent as of this writing).

Even so, many Americans with student loans are in the worst position to pay them, starting out their careers with lower-paying entry level positions – if they can find work at all.

The average student loan debt for 2017 college graduates was $39,400. The average monthly student loan payment for a borrower between the ages of 20 and 30 is $351 – not unmanageable, but difficult if you are just starting out and dealing with other life expenses.

“For many borrowers, the promise of going to school for a well-paying job hasn’t panned out,” said Miranda Marquit, a money expert with financial education website Student Loan Hero.
She continued, “When you consider that the Federal Reserve reports that almost half of Americans can’t meet a $400 emergency, suddenly that $351 a month has a more ominous meaning.”

Anyone struggling with student loan debt should check repayment options at the Federal Student Aid website run by the U.S. Department of Education.
The site provides links to repayment options, including income-based plans that scale payments to discretionary income. An online repayment estimator allows you to compare options.