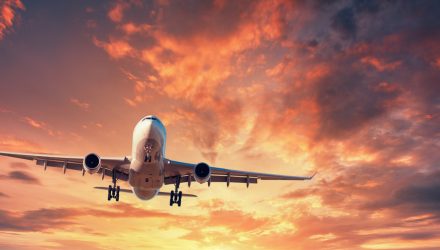 The Airline ETF Looks Like a Cheap Long-Term Opportunity

The coronavirus pandemic has weighed on global airline stocks and the sector-related exchange traded fund, but investors should consider the potential long-term benefits of entering the market during a recovery period.

In the recent webcast, Airlines Have Weathered Storms Before, Frank Holmes, CEO and Chief Investment Officer, U.S. Global Investors, pointed out that there has been heavy investment interest for airline stocks as the sector plunged into oversold territory last seen since 9/11. Holmes argued that airline stocks look attractive, with the NYSE Arca Global Airlines Index recently showing a record low 14-day RSI that reflected airline stocks traded at their most oversold since September 2001.

JETS may even be used as a tactical portfolio investment tool to capitalize on specific market views across short-term periods. U.S. Global has witnessed sophisticated traders shorting weaker names to potentially profit from underperformers while profiting from the long ETF, which would help reduce volatility for the pairs trade. For instance, traders have shorted Ryanair while holding long JETS, or shorting JETS and going long Spirit Airlines to place a view on individual names outperforming the basket of airlines.

The airline industry also received more support to get back on its feet during the current crisis. The CARES Act included an aid package to strengthen the airline industry, with half in the form of grants to cover some 750,000 airline staff wages.

While passenger flights have drastically fallen, airliners have not been twiddling their thumbs. Passenger airlines have turned to cargo for revenue. A one-way charter for a full freighter can cost up to $1 million, or four times the rate pre-crisis. American Airlines used a Boeing 777 to carry medical supplies overseas – the first cargo flight in 36 years. Airbus also transported masks from China to Europe with a prototype A330-800 aircraft.

Americans are also returning to airports. TSA data reveals that people are flying again. After a low of 87,500 daily U.S. commercial air passengers on April 14, the number of daily passengers has steadily increased to March levels and continues to rise.

International travel is also recovering. According to Raymond James data, Chinese Google flight searches in May have begun to rebound.

As a way to access the global airline industry, investors can look to the targeted U.S. Global Jets ETF. JETS follows the U.S. Global Jets Index, which uses fundamental screens to select airline companies, with an emphasis on domestic carriers, along with global aircraft manufacturers and airport companies.

Financial advisors who are interested in learning more about the airline sector can watch the webcast here on demand.